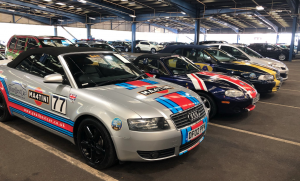 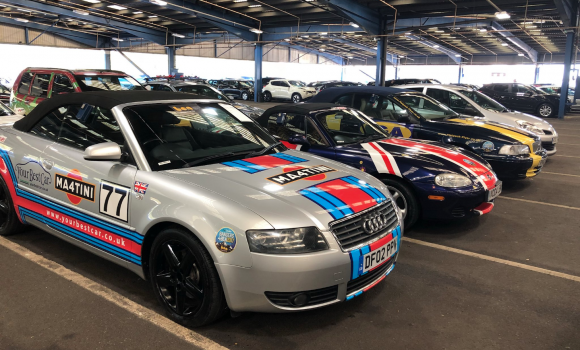 THIS year’s Car Dealer Magazine Bangers4Ben rally has raised a whopping £56,385 for the automotive industry charity.

At BCA Blackbushe today, 38 of the cars drove through the hall with no assistance necessary! Including the money raised from the sale, and those sold privately, the cars alone raised £24,052.

There are still some yet to be sold, including the AA’s tank which won the title of Car of the Year 2017 at this year’s event.

Our winning car at the auction, raising the most money at the sale, was Blackhorse’s Mercedes-Benz E30 CDI, raising an incredible £2,400.

The teams have also been hard at work fundraising, and already this figure has reached £28,533.

BCA are also kind enough to donate the buyers fees from the sale, expected to exceed £3,000.

All of the money raised from Banger4Ben will go to Ben and help them to support those who work or have worked in the motor trade, whether that be physically, mentally, socially or financially.

All of the details from today’s sale and the trip will be reported in issue 117 of Car Dealer, out in December.

If you can’t wait until then, you can read all of our blogs from the event and find out who were our award winners on the links below.

MORE: #B4B17: Who were the winners of our coveted prizes?

MORE: Day one of #B4B17: Dover to Illkirch, France