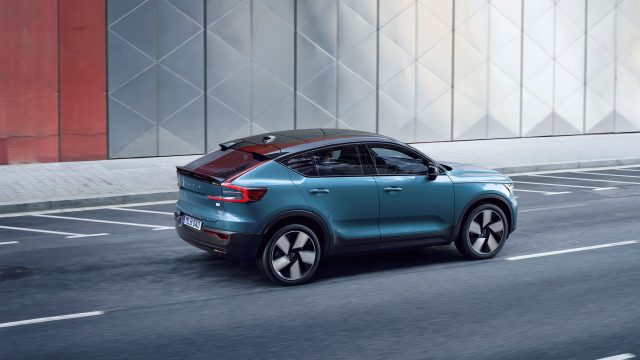 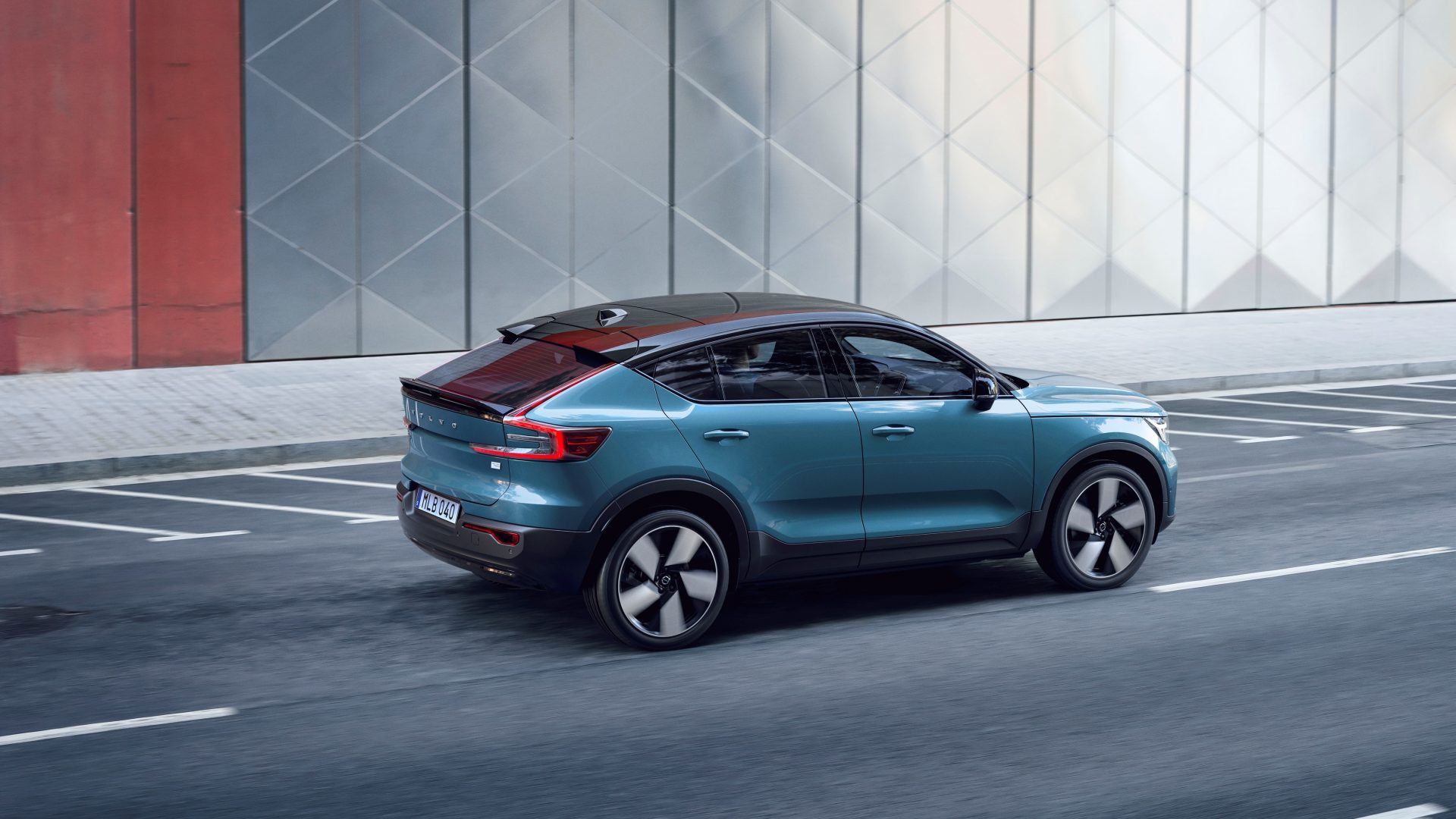 Prices kick off at £57,400 and there’s just one trim level. It gets 20-inch wheels, a panoramic sunroof, a Harman Kardon sound system and a heat pump (to help keep the battery at its optimum temperature) as standard.

Just like the rest of Volvo’s range, the C40 can be ordered online and through the firm’s subscription service. Packages start at £729 per month for a 36-month fixed contract, or £879 per month if customer want the freedom to cancel with three months’ notice. 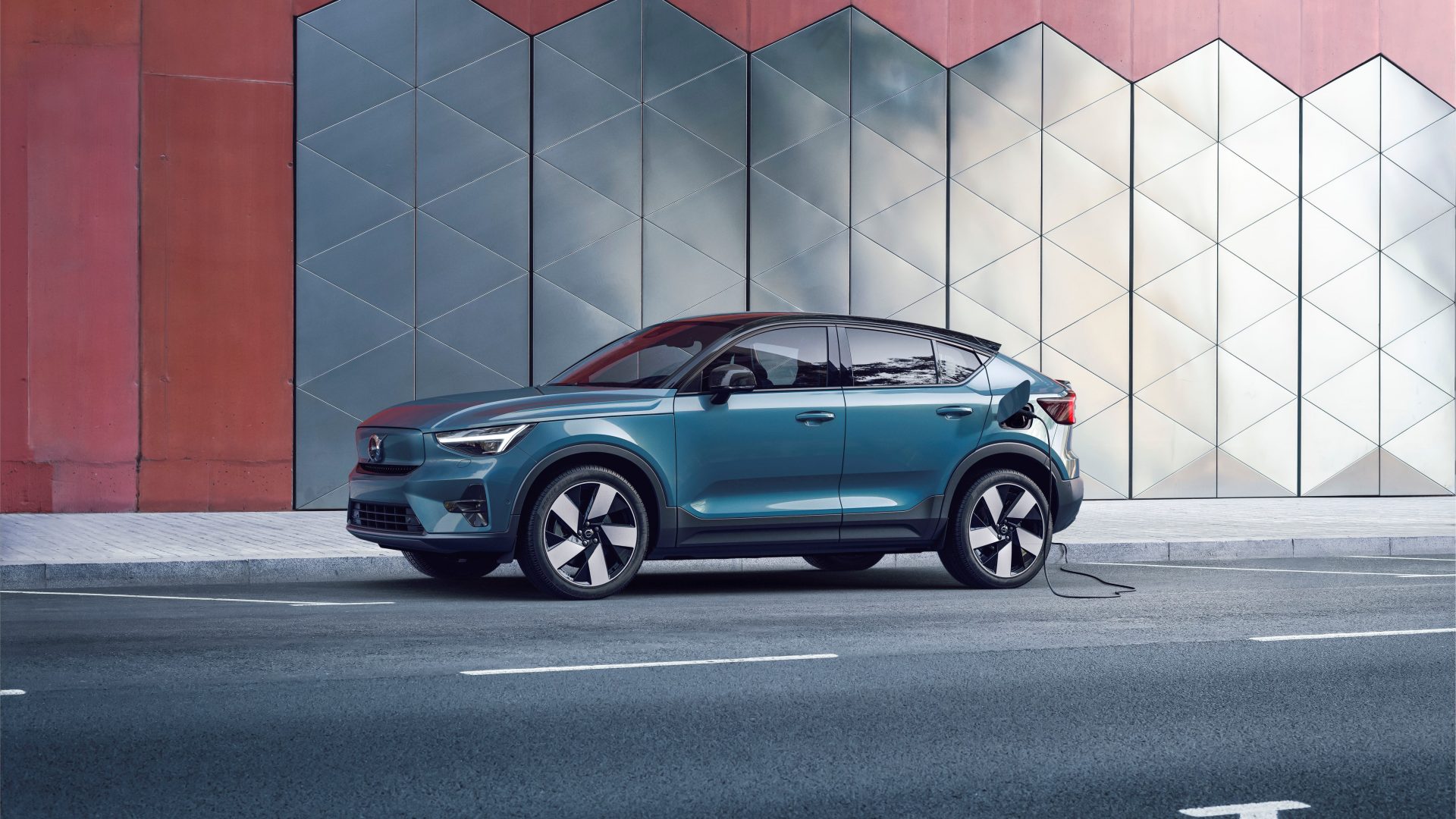 As the C-designation implies, the C40 is being positioned as the more sporty, coupe-like version of the XC40, and as such gets a lower roofline and a shallower boot line with an integrated spoiler. The interior is carried over from the XC40, however.

The C40 not only shares its interior and much of its bodywork with the XC40, but also its powertrain. It get the same twin-motor, four-wheel drive set-up giving 402bhp, allowing the coupe-SUV to get from zero to 60mph in 4.7 seconds.

There’s a 78kWh battery which delivers a range of 261 miles but this will improve over time thanks to over-the-air updates, says Volvo. The C40 can be charged to 80 per cent in around 40 minutes.

Lex Kerssemakers, head of global commercial operations at Volvo Cars, said: ‘We call it the future of Volvo.

‘That is because our Volvo C40 Recharge is more than just a new car. It is our first ever electric-only model and represents a significant step in our plan to move online for the benefit of consumer convenience. It is, in short, a completely new take on a Volvo.’

The Volvo C40 Recharge is on sale now with deliveries expected to begin in early 2022.