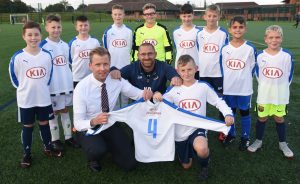 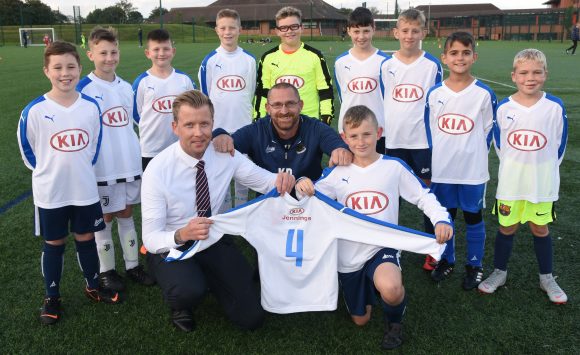 JENNINGS Kia has kitted out Hebburn Town Juniors’ under-11s team with a new set of strips.

Organised as part of Kia’s Gift of Kit initiative, which aims to support grass-roots football teams across the UK, the official presentation took place at the training ground in Hebburn, where members of the club’s under-11s Wasps team proudly donned their new strips.

David Phillips, franchise manager at Jennings Kia in Washington, said: ‘We’re delighted to be able to support the Wasps under-11s team at the club by donating the branded kit, which will ensure the players look professional and stand out on the pitch.

“As a local business, we are passionate about giving back to our community, and we look forward to seeing how the team perform.’

Competing in the Pinpoint Recruitment League, the team have won back-to-back leagues and promotions into the second division, after starting out two years ago in the bottom divisions of the league.

Team manager Keith Duncan said: ‘As a team, we are delighted to have been selected by Jennings Kia in Washington for kit sponsorship. The boys are over the moon to be receiving their new strips.’