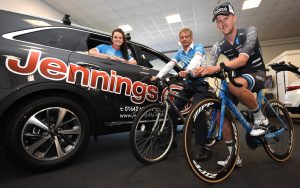 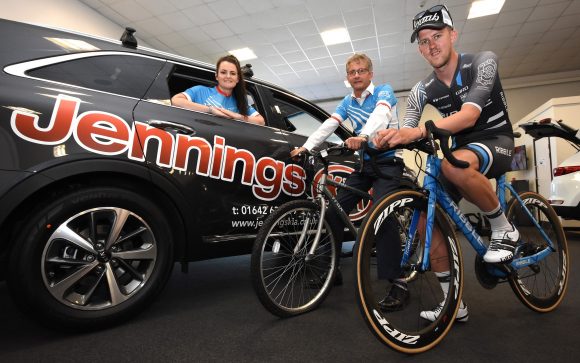 Taking place from Friday, July 13 to Sunday, July 15, the three-day free event organised by the borough council offers a host of activities for cycling fans of all ages. It’s the eighth year of the festival and the second year running the dealership has given its backing.

Jennings Kia – part of Jennings Motor Group – is donating the use of eight models from the new Kia car range as support vehicles for the event, which will also host the 2018 HSBC UK National Circuit Championships.

Steven Flack, franchise manager at the Stockton-based dealership, said: ‘We’re delighted to be involved in the event for another year, which not only further endorses our commitment to supporting local community events, but also strengthens our working partnership with the council’s leisure and sports development team.’

In addition to providing support vehicles, Jennings Kia will also be displaying a variety of Kia models at various locations throughout the weekend.

To mark its involvement in this year’s event, local professional cyclist and participant Jack Rees, 29, from Team Ribble Pro Cycling, paid a special visit to the Concorde Way-based dealership with an official limited edition jersey, which is up for grabs in a competition on Jennings’ Facebook page at https://www.facebook.com/jenningsgroup

Cabinet member for arts, leisure and culture Councillor Norma Wilburn said: ‘We are very excited to welcome the return of Stockton Cycling Festival, and are delighted that Jennings Kia has decided to support the event again. It proves a popular feature in our year-round events calendar which can be enjoyed by the whole family!’

Expected to attract thousands of visitors to the region, the festival will start with some of the country’s top professional riders going head to head in a fast and furious race for the prestigious red, white and blue national champion’s jersey.

On Saturday, July 14, cyclists will be taking part in the Stockton Sportive – a challenging event offering cyclists of all abilities the chance to take part in a ride ranging from 36 to 106 miles.

July 15 will see the event come to a close with a free Family Festival Day packed with a range of activities for everyone to enjoy, as professional cyclists take part in the Stockton Grand Prix race, which is part of the HSBC UK Grand Prix Series.