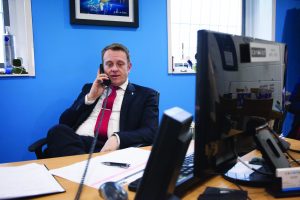 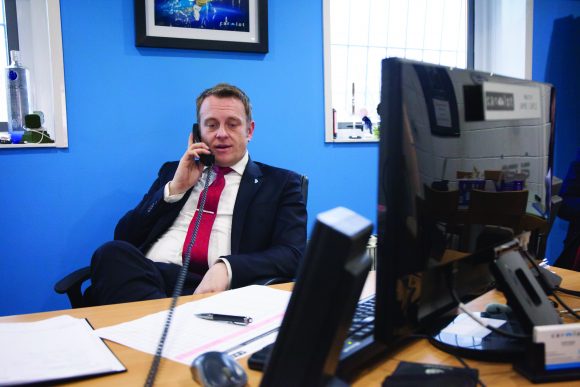 CARALOT co-founder Jamie Caple has spoken out about the demise of the company and shed some light on the events that preceded the closure of the business last month.

In a personal blog post on Facebook, Caple, pictured, hints that he’s starting all over again – and wishes his former business partner Nick Donald all the best for the future, despite the fact that their professional relationship broke down.

Derby-based Caralot featured regularly in the pages of Car Dealer Magazine in its six years of trading. Repeat winners at the Used Car Awards, the business was also the subject of an in-depth profile piece early in 2015.

But speculation that the end was near came in November. Nick Donald, the remaining director, said the business might have got too big too quickly and the company went into liquidation.

In a Facebook post today, Jamie Caple said: ‘Earlier this year, six years after founding Caralot I walked away from the business after my relationship with my former business partner sadly broke down.

‘At the time I kept this very quiet as I didn’t want my departure to overshadow the running of the business. I wanted Caralot to go on and be a huge success, it had been a massive part of my life and family and friends were still working there.

‘Disappointingly the company ceased trading in November and lots has been written and speculated upon since its closure and much of it quite negative.’

A little later on, he continued: ‘So why am I writing this status now?

1. Firstly I wanted to offer my sincerest apologies to anyone who has been negatively affected by the closure of the company I left earlier this year. This includes any customers who have been let down, former staff members, suppliers, friends, family, finance companies, the list goes on. It was never meant to end this way and again if you have been let down in any way then I’m truly sorry.

2. I wanted to thank everyone who helped make Caralot possible. Without the support of a long list of people it would never have achieved what it did. I also wanted to thank those who’ve helped and supported me since I left in the summer, it’s not been the easiest of times and without your help and generosity I wouldn’t be where I am now, so thanks again, you know who you all are.

3. Despite the breakdown in our relationship I wanted to wish Nick the very best for the future both personally and professionally. You don’t spend 20 years of your life by someone’s side and forget the good times in an instant or stop caring despite what’s happened, so good luck with everything, Nick.

4. And finally what now? Selling cars is in my DNA. It’s what I’ve done since I was 20 and I don’t really know anything else, I’m a car salesman, plain and simple. Caralot was started with six cars, zero knowledge of business and a dream back in 2010 and went on to achieve great things. Well, it’s the tail end of 2016 and thanks to the generosity (and blind faith) of my family I have six cars again, six years of knowledge and an even bigger dream, so watch this space sports fans…

On SuperUnleaded.com: Here’s How Twitter Reacted To The Grand Tour Episode 3