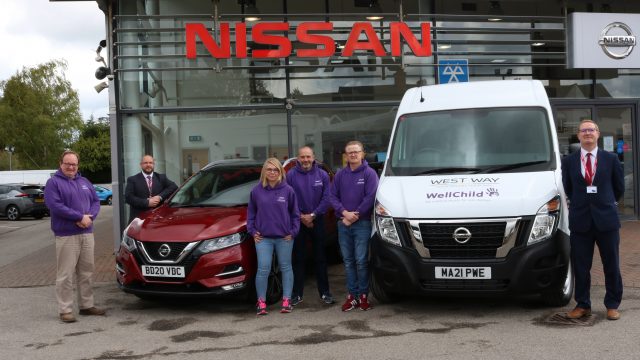 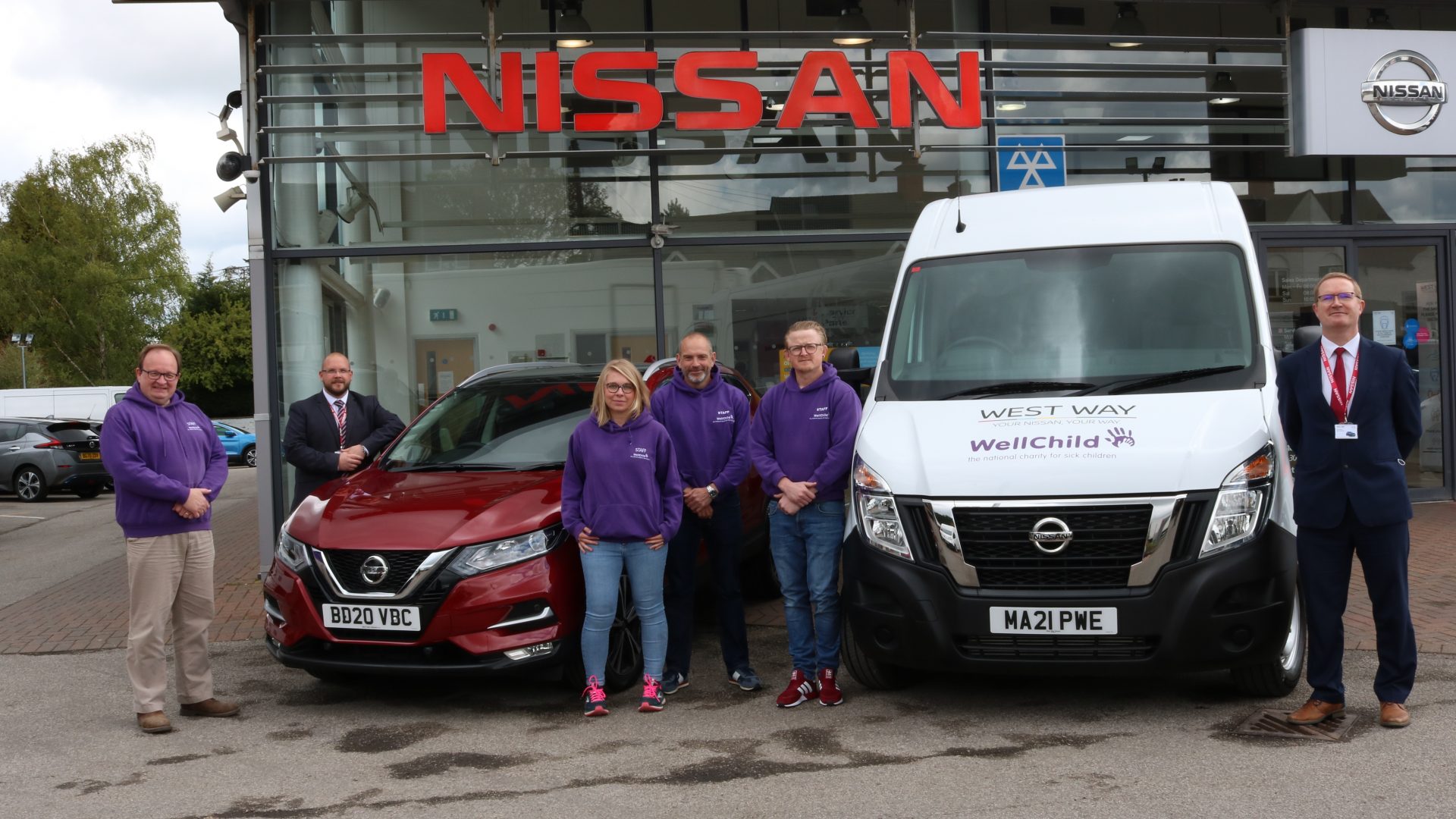 The dealership group has handed over two vehicles to Cheltenham-based WellChild, which works with thousands of children and young people across the UK who are living with serious illnesses or exceptional health needs.

The two vehicles – a Qashqai and an NV400 van – will be used mainly by the charity’s Helping Hands team, who recruit volunteers to deliver practical and life-changing home and garden transformation projects, such as making outside spaces safe, sensory and accessible for youngsters living at home with serious and complex health conditions.

Both vehicles are already being put to good use, with the NV400 particularly appreciated. The charity has never had a van at its disposal before, paying expensive hire charges instead.

Head of the Helping Hands team, Lorna Pedersen, said: ‘These vehicles are going to make a huge difference and enable us to help families across the UK, not to mention saving us a phenomenal amount of cash which can be much better spent elsewhere.

At the launch of the West Way’s partnership with WellChild earlier this year, managing director Jon Roberts said: ‘This is a really exciting new partnership for West Way. WellChild is a charity I’ve worked with before, so I’m familiar with incredible work they do.

‘We’re hoping to use their work as inspiration for staff morale and team-building as well as supporting their new initiatives.’

The NV400 van being used by WellChild is a brand new, long-wheelbase model while the Qashqai is a nearly new automatic in N-Connecta level trim.

The handover took place at West Way Nissan Birmingham and both vehicles will be replaced from time to time as the partnership continues.

With less than two per cent of its income coming from statutory sources, WellChild is wholly reliant on the support of individuals and organisations.

The Covid-19 outbreak has seen the charity lose up to 60 per cent of projected income as fundraising events and activities have been cancelled or postponed.

West Way is the largest Nissan dealer group in the UK, with 14 dealerships across the north west, the Midlands, the south and London.