What is Nissan’s new e-Power hybrid system destined for Qashqai actually like to drive?

With the next generation Nissan Qashqai set to offer an ‘e-Power’ hybrid option, Jon Reay gets behind the wheel of one of the first models to receive the new technology…

Believe it or not, you’re looking at the future of Nissan’s European product range. Do not adjust your set – it’s not the second-generation Note, a car that disappeared from our shores back in 2017.

It’s what’s underneath the frumpy micro-MPV body that counts, though: Nissan’s e-Power hybrid tech, which will soon be appearing in the next generation Qashqai.

e-Power models have been on sale in Nissan’s home market of Japan for three years, and despite the Note’s ancient origins, adding e-Power propelled it to the position of Japan’s best-selling car in 2018 – so it must be doing something right. 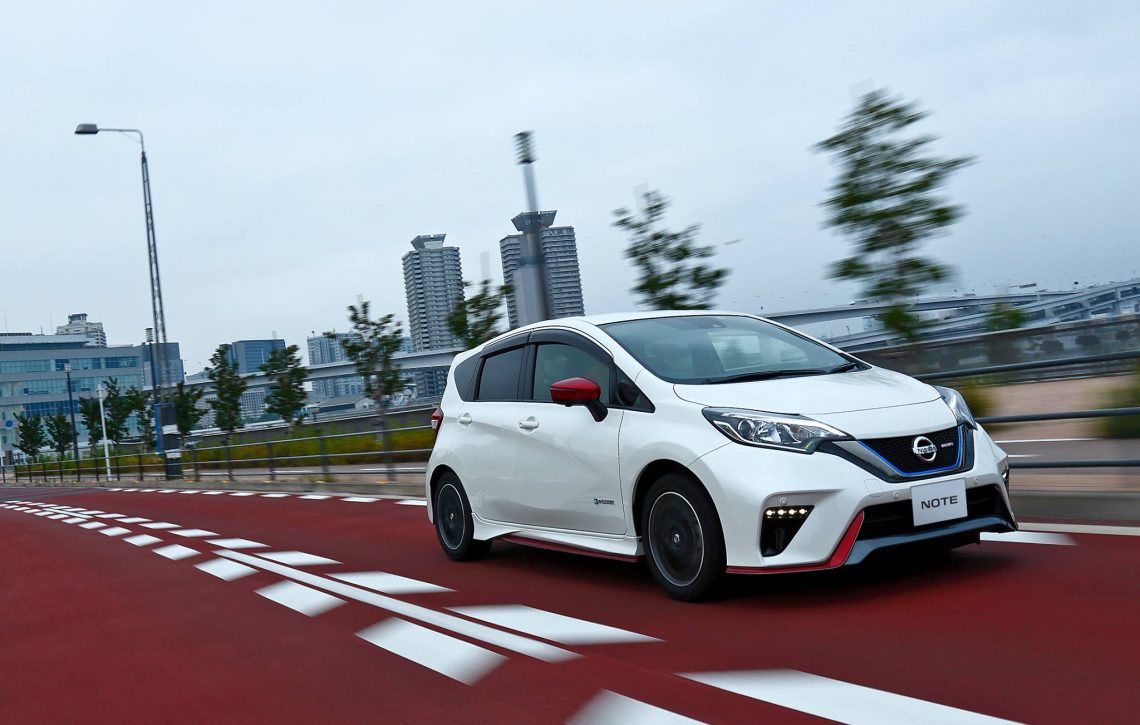 On the Note itself, not a lot. In fact this particular model is about to be discontinued – but we’ll set that aside for now.

The Note has had a few tweaks since it left us, though: there’s a new grille and lights up front, plus a baffling array of shouty exterior colours compared with the muted selection we received in Europe.

This being Japan, there’s a NISMO-badged version too with an extra 20bhp or so. It also gets some rather red side skirts and, even more strangely, the same rock-hard Recaro bucket seats you’d find in the Renault Megane RS.

There’s even a four-wheel-drive e-Power Note – Nissan’s toe-in-the-water at building a dual-motor electrified vehicle before the Ariya SUV arrives. 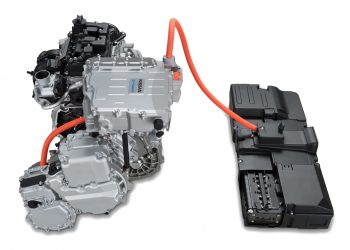 The Note e-Power gets a three-cylinder, 1.2-litre petrol engine paired with an electric motor – but before you switch off, this is a set-up different to any other currently on sale.

Unlike most self-charging hybrids – which use a petrol engine to power the wheels via a CVT gearbox, and throw in a small electric motor to help at lower speeds – the Note’s wheels are 100 per cent powered by the electric motor, with a gearbox nowhere to be seen.

Its petrol engine, then, is there purely to act as a generator – charging up a small lithium-ion battery, which in turn provides power to the properly-sized electric motor, here borrowed from the last-generation Nissan Leaf.

Why? Nissan believes it’s a way of bringing the advantages of an EV – immediate torque, smooth power delivery and near-silent operation – to those who don’t want to make the jump to a fully electric car just yet. What’s more, because it does without the big battery of plug-in-hybrids and EVs, it’s cheaper to make and weighs a lot less too.

Perhaps unsurprisingly, the e-Power drives just like an EV – and that’s no bad thing. Acceleration is instant, and while it can’t realistically be described as fast in this particular state of tune, it feels effortless and smooth.

When the engine does kick in – which happens relatively often, thanks to the Note’s tiny 1.5kWh battery – it manages not to intrude too much into the cabin. For the sake of efficiency it tries to run at a constant speed of around 2,500rpm, so there’s none of the droning or soaring revs that you find under hard acceleration in CVT gearbox-equipped hybrids.

Naturally, let off the accelerator and the Note immediately pops on the regenerative brakes. This was also the first model to be fitted with Nissan’s e-Pedal, letting you drive around (in theory) without using the brake pedal.

Our test drive followed a pretty sedate set of roads around what felt like Tokyo’s homage to central Milton Keynes, so it’s hard to say how the e-Power set-up would take to a less urban environment.

Before any e-Power models arrive here though, it’s more than likely that Nissan’s boffins will tweak the system to be better suited to European (read: more aggressive) driving styles. 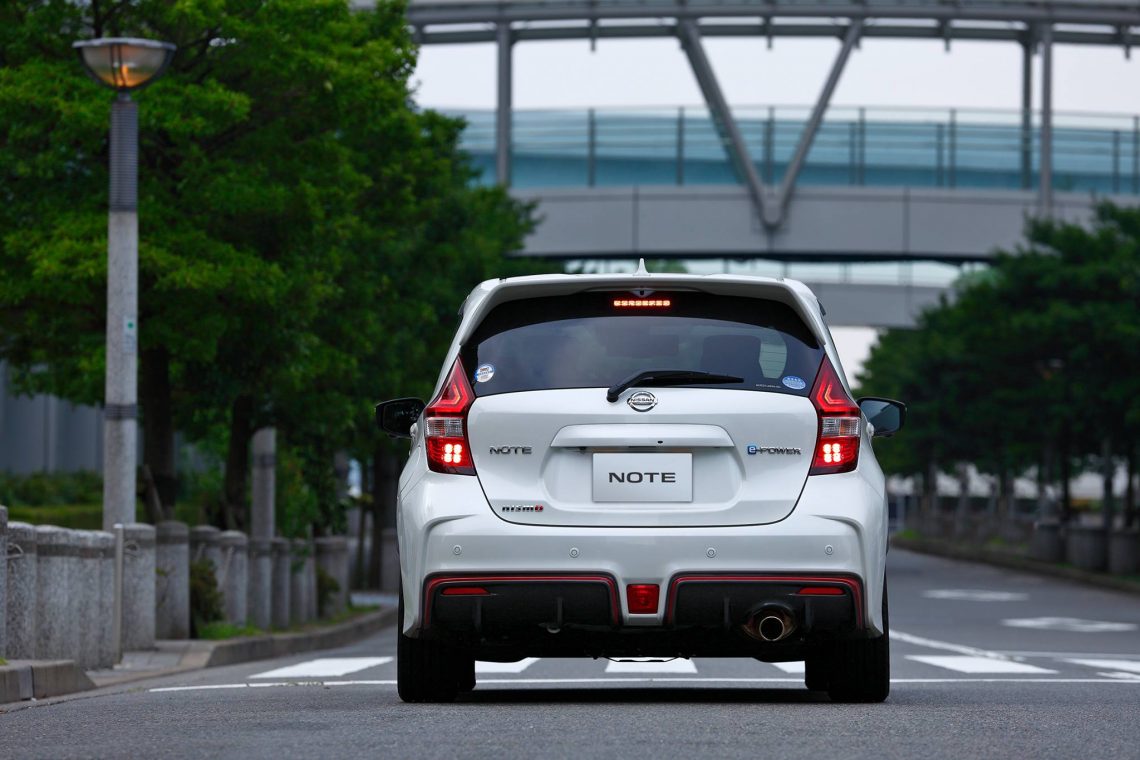 As we won’t be seeing the Note itself again in Britain anytime soon, we won’t dwell too much on its styling. It’s reassuring to see that Nissan hasn’t gone over the top with exterior bits to differentiate this from the standard car, though, and we imagine the Qashqai e-Power will be similarly adorned.

Nissan has raided its EV parts bin for the Note’s interior. You get the not-unpleasant gear selector from the current-generation Leaf, and some dated monochrome displays in the instrument binnacle borrowed from the old one.

Beyond that, there’s little to separate the e-Power from a standard Note – and that’s okay. 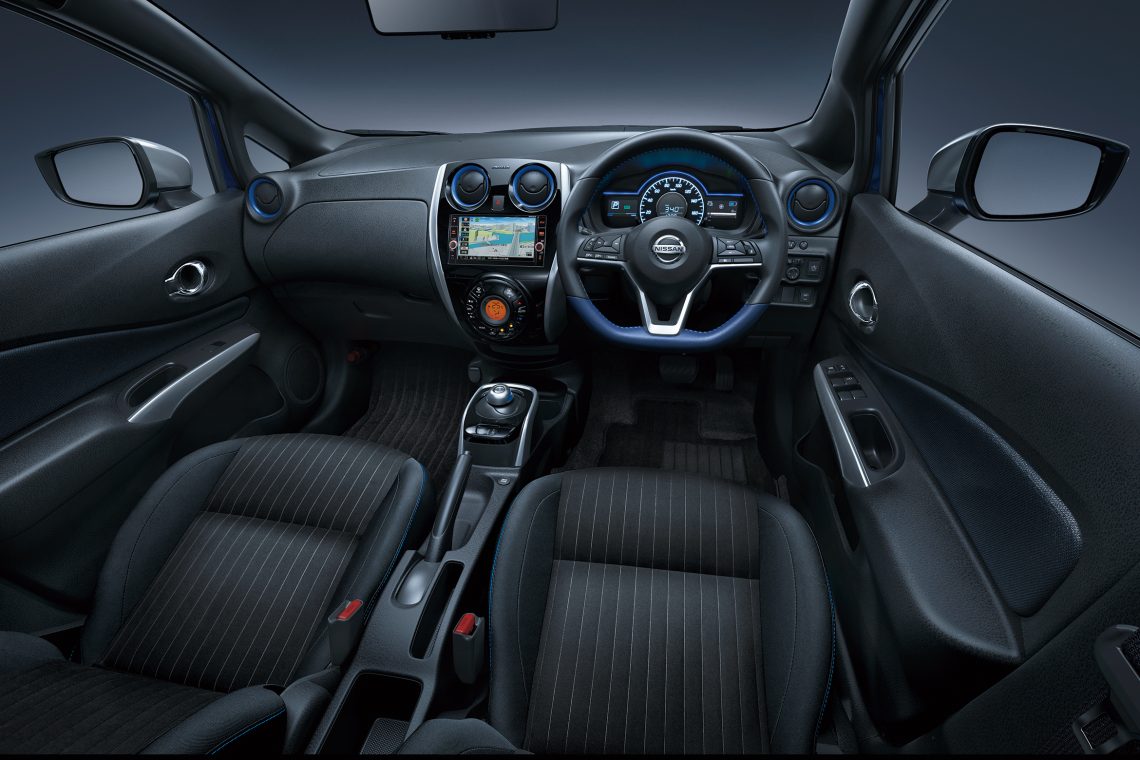 It’s not worth dwelling on the ancient Note too much here – it’s a mini-MPV from 2012 and doesn’t even get many of Nissan’s latest driver-assist bits and pieces.

What’s more interesting is our particular car, which has been fettled by Nissan’s in-house tuning company Autech. Aside from littering the interior with its logos and other blue highlights, Autech has beefed up the humble Note with extra chassis bracing – presumably just because it can.

There are four choices of interior fabric and, even stranger, three different options for the stitching on your leather steering wheel.

Could we see a similar level of customisation on Nissans in the UK? Don’t get your hopes up.

Cars designed for Japanese tastes aren’t always a huge success in Europe, but Nissan might be on to a winner with its e-Power technology. It’s better to drive than CVT-equipped hybrid rivals and is just as economical. It might be a stopgap between combustion-engined cars and EVs, but it remains a likeable halfway house all the same.

How much Nissan plans to tweak the e-Power system before slotting it into a Qashqai remains to be seen – it’ll likely need a more powerful engine, battery pack and motor compared to the Note – but early signs are certainly impressive.