Home > News > Why dealers will need to stand out from their rivals in 2016, by the RAC 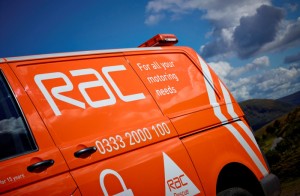 Why dealers will need to stand out from their rivals in 2016, by the RAC

A PREDICTED increase in the amount of high-quality stock in the used car market is putting dealers under more and more pressure, according to the RAC.

The organisation’s head of dealer propositions, Mario Dolcezza, explained that the availability of good vehicles is likely to be at its highest than at any point since the recession.

He said: ‘Industry experts are rightly, in our view, saying that 2016 will be a good year for the used car market but one where margins will come under pressure as better stock becomes more plentiful.

‘Much of this will be ex-company lease and ex-private motorist PCP stock that will be sold right in the heart of the used car market, and there is very likely to be increased competition among dealers.’

Dolcezza said that this change marked a shift for dealers away from concentrating on acquiring the best stock they could find to attempting to differentiate themselves from their competitors through other means.

Dolcezza explained that the RAC had been working with dealers ranging from small independents to car supermarkets on this kind of proposition, resulting in initiatives such as the RAC BuySure used car initiative and the RAC Approved Dealer Network.

‘What we have constructed with these initiatives is based on trust. Consumers rightly believe that the RAC would only put its name to a used car programme that meets the very highest standards, and we work with dealers who have the commitment necessary to meet them.’

MORE: Infiniti opens the first of its short-use showrooms