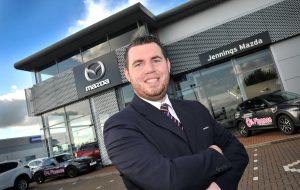 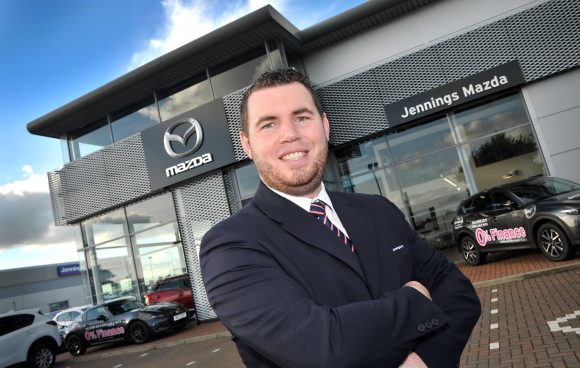 A LOYAL member of staff at Jennings Motor Group has taken over the reins at the company’s Mazda dealership in Middlesbrough after being promoted to franchise manager.

Adam Price, from Thornaby-on-Tees, has received his third promotion after starting his career as a sales executive at the Cargo Fleet Lane-based dealership in 2007.

The promotion resulted from the motor dealer group investing in an additional Mazda and Kia dealership in Sunderland, and the previous franchise manager, James Chorlton, transferring to take on the role of general sales manager at the new site.

In his new role, Price is responsible for the day-to-day running of the Middlesbrough-based dealership, achieving monthly and quarterly sales objectives and liaising with customers, in addition to overseeing a team of seven.

He said: ‘This is a fantastic opportunity for me and I’m delighted to have been given another opportunity to progress my career within the company.’

The 32-year-old received his first promotion to deputy business manager in 2011 after successfully completing various training courses, and in 2012 stepped in as sales controller/business manager at the Middlesbrough-based dealership.

When he’s not selling cars, he spends most of his time with his family, as well as keeping fit for charity. In the past, he has completed various marathons, including the Toronto Marathon in Canada and the Redcar Half-Marathon.