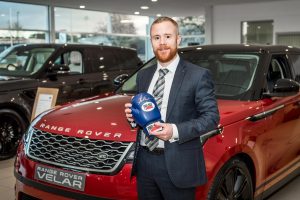 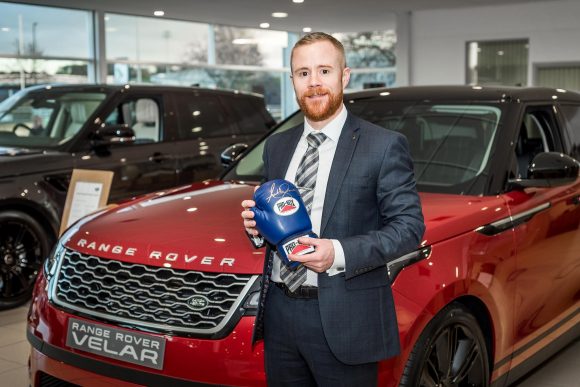 AN AUCTION of sporting memorabilia by Vertu Motors raised £1,500 for Ben – the charity that helps those working in the automotive sector and their families.

Iveson, pictured, took part in a charity boxing match last year, raising £580 for Cancer Research UK. As a boxing enthusiast, he had his heart set on winning one of the two signed gloves worn by the unified world heavyweight champion.

Nigel King, Farnell Land Rover Jaguar fleet director for Vertu Motors, who staged the auction, said: ‘Throughout the years, Vertu Motors has continuously supported Ben and I wanted to organise something very special to fundraise for the charity. I have first-hand experience of how the charity can help people with the services that it provides, as the work that it does is invaluable.

‘I want to thank everyone who took part in the auction, and to the clubs and individuals who donated a prize. It has been a huge success, with very happy bidders and money raised for a fantastic charity.’

Iveson, who bid £230, said: ‘I have always been a fan of boxing and I have looked out for boxing gloves and other memorabilia that I could buy. However, a lot of it is so expensive. When I saw that some Anthony Joshua gloves were a part of this auction, I was over the moon.

‘I kept an eye on the auction and made a last-minute spontaneous bid which paid off, and I felt good about treating myself because I knew that the money was going towards a worthwhile charity.’