Bosses from leading UK airlines want the prime minister to give them the green light for international travel within weeks.

The chief executives of British Airways, easyJet, Jet2.com, Loganair, Ryanair, Tui and Virgin Atlantic as well as trade body Airlines UK wrote to Boris Johnson, in a letter published by The Sun,  as ministers made it clear the ban on foreign travel will be in place until at least May 17.

When lifted, it’ll be replaced by a risk-based ‘traffic light’ system with red, amber and green ratings for countries around the world.

Meanwhile, Boris Johnson is to set out plans to develop a ‘Covid status certification’ scheme to enable the safe return of mass gatherings and indoor events as lockdown restrictions ease in England.

Officials are planning a series of trial events over the coming months as they look to find a way for venues such as football grounds and nightclubs to reopen without the need for social distancing.

Johnson – who will set out more details on Monday – said the government was doing ‘everything we can’ to enable the return of mass events.

More questions for Cameron and adviser over loan plan

A controversial financier at the centre of a lobbying row was able to push through a government loan scheme from which he benefited by citing the authority of then prime minister David Cameron, according to a fresh report.

The Sunday Times says a cache of leaked emails show how Lex Greensill told officials in 2012 that ‘the PM’ had asked that he implement his ideas ‘across government’.

He was said to have sent his proposed loan plan for NHS pharmacies to senior officials but was so confident he told them: ‘We are not seeking your approval’.

Teachers ‘treated with contempt by government’

A teaching union leader was today due to launch a stinging attack on the government over its handling of the coronavirus pandemic and its actions towards school staff.

Patrick Roach, general secretary of the NASUWT, will accuse ministers of treating teachers ‘with contempt’ by not rewarding their efforts with a pay rise.

Addressing the NASUWT’s virtual annual conference, he will accuse the government of ‘incompetence’, adding that ‘schools shouldn’t be left to pick up the pieces left’ by the pandemic. 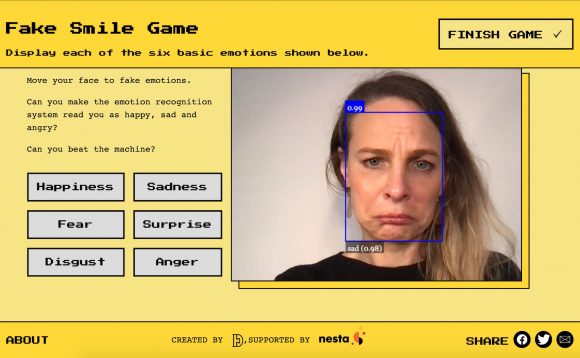 Scientists are inviting people to pull faces at their webcam and smartphone to see in action the controversial artificial intelligence emotion recognition tech.

Researchers from Cambridge University and UCL have built a website called Emojify to help people understand how computers can be used to scan facial expressions to detect emotion.

Dr Alexa Hagerty, project lead and researcher at Cambridge’s Leverhulme Centre for the Future of Intelligence, said the technology, already used in parts of the world, was ‘powerful’ but ‘flawed’.

Amazon has apologised for a tweet it sent to a US politician more than a week ago denying its employees work so hard they must urinate in empty water bottles.

It also admitted that some delivery drivers might have had to urinate in bottles, and vowed to improve their working conditions.

The matter was raised on March 24 by Wisconsin Representative Mark Pocan, who responded to a tweet by an Amazon executive who said the company was a progressive workplace. In a blog post, Amazon then apologised to him and acknowledged that delivery drivers ‘can and do have trouble finding restrooms because of traffic or sometimes rural routes’.

March saw the fifth straight month of petrol and diesel price increases at UK forecourts – up another 2.7p and 2.4p respectively and both now costing the same as they did in February 2020, according to RAC Fuel Watch.

With the average price of a litre of petrol now standing at 126.28p and diesel at 129.07p, drivers are respectively having to pay 12.2p and 11.4p more for every litre than they did at the start of November – a rise of about 10 per cent in just five months.

Here are Saturday’s Car Dealer headlines you may have missed

A dispersal order to direct people and groups to leave Bristol city centre was issued as demonstrations were held across England against plans to increase police powers.

Despite the Covid-19 lockdown, thousands of people marched in towns and cities in protest against the Police, Crime, Sentencing and Courts Bill, which would give police in England and Wales more power to impose conditions on non-violent protests – including those deemed too noisy or a nuisance, with those convicted liable to fines or jail terms.

Throughout the day, thousands took part in what various police forces described as ‘peaceful’ Kill the Bill protests in regions including London, Newcastle, Birmingham, Liverpool, Dorset and Bristol.

Time to look at not proven verdict in Scottish courts, says Sturgeon

Nicola Sturgeon has said it is time to look at whether Scotland retains its controversial not proven verdict, as part of efforts to tackle the ‘shamefully low’ conviction rates for rape and sexual assault.

The First Minister, who trained as a lawyer, revealed she personally had changed her mind on the issue.

It comes in the wake of calls to scrap the verdict – one of three available in trials in Scotland – by Rape Crisis Scotland. The organisation launched a campaign in 2018 along with a woman known as Miss M, who successfully sued the man cleared of raping her for damages.

Today will be dry with lots of sunshine in England and Wales, says the BBC, but north Scotland will see outbreaks of rain plus increasing winds spreading south. Northern Ireland will be rainy by the early evening.

The rain will become cold and wintry for Scotland tonight and Northern Ireland will have outbreaks of rain as well. Wales and England don’t miss out either, with rain in the north moving south.

Easter Monday will be wet and windy in Scotland, and by the evening that rain will have reached Northern Ireland and northern England. The far north will also have wintry showers, although the south should remain dry and have sunny spells.