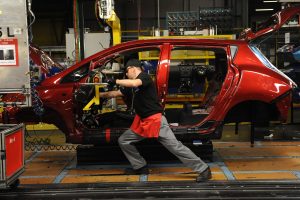 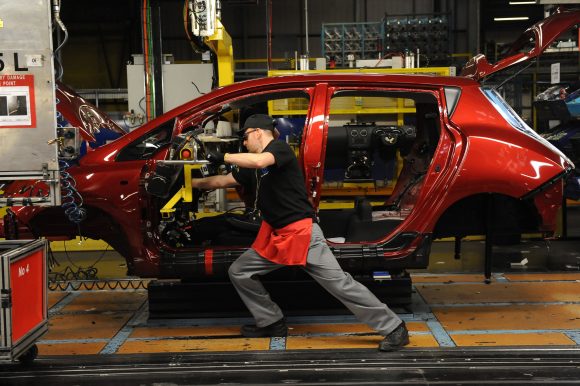 UK car production rose in April, with demand growing 5.2 per cent year-on-year, according to figures released today by the Society of Motor Manufacturers and Traders.

A total of 127,952 cars were built in British factories following a double-digit decline in the same month last year when Easter bank holiday timing impacted on output. Growth, however, was also buoyed by production being ramped up at several plants to deliver a number of key new and updated models.

Manufacturing for both home and overseas markets grew by 7.3 per cent and 4.7 per cent respectively, with 103,662 cars built for export in the month and accounting for 81.0 per cent of production. However, year-to-date, overall output remains down, by 3.9 per cent, with a total of 568,378 cars leaving production lines in the first four months. Four-fifths of these were exported, as domestic demand fell 10.3 per cent against a less substantial 2.2 per cent decline in vehicles destined for global markets.

‘However, given such investment was made on the basis of the free and frictionless trade afforded by our EU membership, the ability of UK plants to attract the next wave of new models and drive future growth depends upon maintaining these competitive conditions after Brexit. That’s why it is critical that government acts to safeguard our participation in the EU customs union and single market.’ 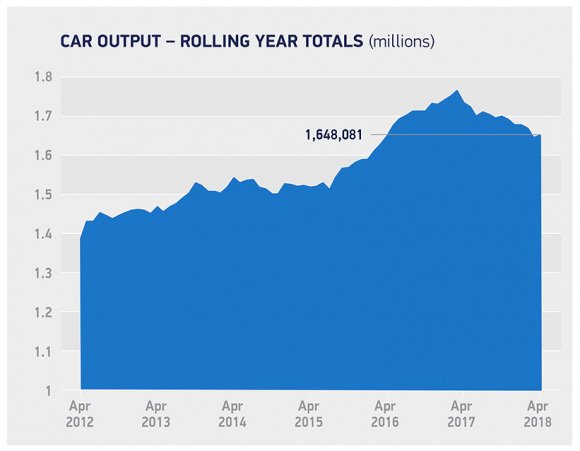 MORE: UK car manufacturing down 13 per cent in March