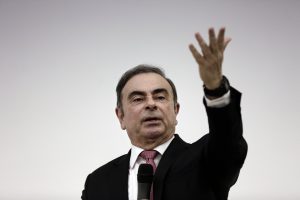 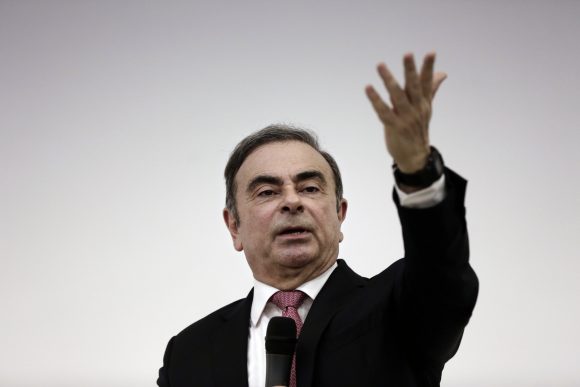 PROSECUTORS in Tokyo have issued an arrest warrant for former Nissan chairman Carlos Ghosn, who skipped bail while awaiting trial in Japan and is now in Lebanon.

Japan has no extradition treaty with Lebanon, though, so he is unlikely to be arrested and Lebanon has indicated it will not hand him over.

Deputy chief prosecutor Takahiro Saito wouldn’t comment on where the three men were thought to be staying.

He said Michael Taylor and Zayek were suspected of helping Ghosn flee by hiding him in cargo at a Japanese airport and getting him into a private jet to leave the country. However, he wouldn’t say if Japan has asked US authorities for help. Japan and the US have an extradition treaty.

Michael Taylor is a former Green Beret and private security specialist. Peter Taylor appears to be his son.

Prosecutors say Ghosn broke the law by violating bail conditions that required him to stay in Japan, mostly at his Tokyo home.

Saito added that prosecutors today forced open a lock to search the Tokyo office of Ghosn’s ex-defence lawyer Junichiro Hironaka for records of people Ghosn met while out on bail, and other materials.

Prosecutors are asking a judge for help in accessing contents of a computer Ghosn used at Hironaka’s office that the lawyer has refused to hand over.

Ghosn has said he is innocent of allegations that he under-reported his future income and committed a breach of trust by diverting Nissan money for his personal gain.

He has also lashed out at the Japanese judicial system, saying he fled because he couldn’t expect a fair trial, was subjected to unfair conditions in detention and was barred from meeting his wife under his bail conditions.

He contends others at Nissan Motor Co, which he led for two decades, drove him out to prevent a fuller merger with French alliance partner Renault.

MORE: My detention was a travesty, says Ghosn