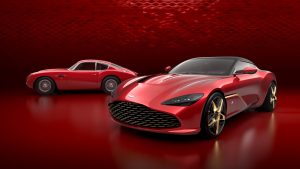 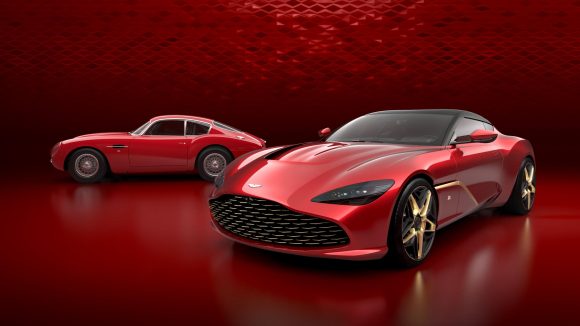 ASTON MARTIN has revealed the final production exterior of the DBS GT Zagato – the limited-edition version of the DBS Superleggera.

The Zagato model is part of the firm’s DBZ Centenary Collection and is being sold exclusively with the DB4 GT Zagato Continuation model. Just 19 of each will be made, costing £6m for the pair.

The DBS Zagato might be based on the DBS Superleggera, but it is almost unrecognisable thanks to extensive design work – the result of a collaboration between Aston Martin’s designers and those from Italian coachbuilder Zagato.

The stand-out feature of the DBS Zagato is the front grille, which dominates the front. The 108 diamond-shaped carbon-fibre pieces can move, so that when the car is stationary the grille is closed, but it can ‘flutter’ open on start-up to allow the engine to breathe.

Under the bonnet is the same 5.2-litre, twin-turbocharged V12 engine that powers the Superleggera, which makes 715bhp and 900Nm of torque.

A carbon-fibre roof has also been fitted, which runs from the top of the windscreen to the boot, so there’s no rear window. Aston Martin has fitted a camera to the back of the car that feeds a screen in the cabin to replace the rear-view mirror.

Marek Reichman, chief creative officer at Aston Martin Lagonda, said: ‘This is a car that is not only focused around beauty, but drama too. Our dynamic grille gives us an opportunity to provide the car with two very different identities.

‘Form and function are constantly in battle with one another, but this is a great example of where we have been able to utilise modern technologies to ensure no concession has been made on either side.

‘It was important to me and our teams to deliver something as beautiful as the original DB4 GT Zagato and I feel that we have achieved that with this model, and I can’t wait to see it in the metal.’

The DBS GT Zagato will go into production in 2020 and will join the 19 DB4 GT Zagatos that will be created at Aston Martin Works this year.