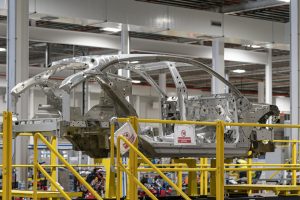 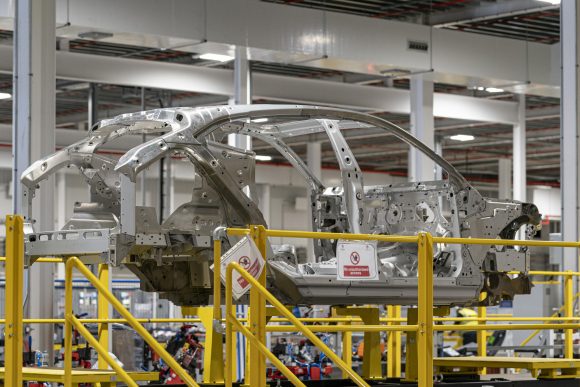 THE first pre-production versions of Aston Martin’s upcoming SUV have rolled off the production line at the firm’s new factory.

Built on a former Ministry of Defence facility in St Athan, south Wales, the 90-acre site will be the home of the DBX when it goes into series production next year.

Aston Martin Lagonda purchased the site in 2016 to build a second factory to keep up with expected demand for the SUV, and last year it revealed that it would work on its electrified powertrains there, too.

The luxury car maker says the facility has already created 200 new jobs, with 550 more expected as production ramps up. It could also result in up to 3,000 extra positions across its supply chain and in local businesses.

‘Our second luxury manufacturing facility is now producing cars and is ready to go into full production in the first half of 2020. Our facilities and manufacturing teams have done an outstanding job in getting the factory ready almost a year before full production starts, on time and on budget.’

The Aston Martin DBX is currently undergoing real-world testing ahead of its reveal later this year. The SUV has been tested in areas as diverse as the Welsh countryside, Arctic Circle and Nurburgring Nordschleife.

MORE: Aston Martin boss says its luxury cars may get cheaper in event of no-deal Brexit