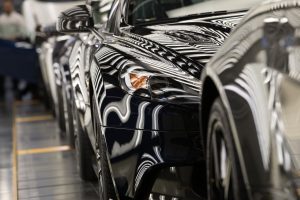 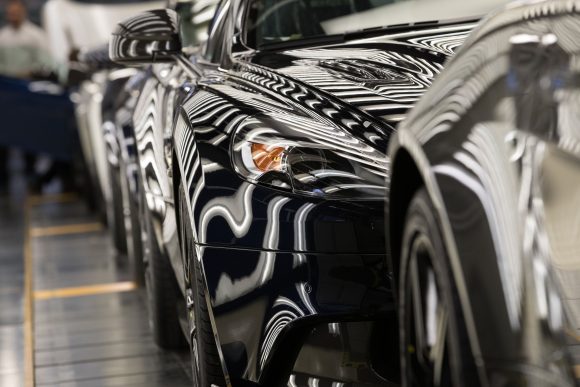 THE boss of luxury car manufacturer Aston Martin Lagonda has suggested his firm could benefit if sterling collapses following a no-deal Brexit.

Andy Palmer said the firm’s cars may become cheaper to buy if the UK withdraws from the EU without an agreement in place.

He told an automotive conference in central London that the UK firm was ‘less exposed’ but equally frustrated about the prospect of a hard Brexit compared with other car makers.

‘We have more elasticity around pricing because it’s a luxury good,’ he said. ‘If tariffs come in place. you can argue we have a greater ability to pass some of that on to the customer. We also note that because we trade and manufacture in pounds, if there’s a hard Brexit the pound will collapse, our cars get cheaper and we can compensate for the tariffs.’

But Palmer warned that the impact on the supply of materials from Brexit was ‘unwelcome’.

He said: ‘The bigger deal is around importation of parts. A substantial part of our car comes from the European Union.

‘If you cannot make cars on a just-in-time basis, you have to do it in bits. Getting your bits through Dover and Calais, particularly at the start of a no-deal Brexit, is of concern.

‘We think we’ve done everything we can to preserve those supply chains. We’ve increased stock, we’ve changed our supply channels. We’re already bringing parts in through different ports.’

Palmer said Aston Martin had increased the UK-based content of its cars to beyond 55 per cent in case the UK was trading under World Trade Organisation rules after Brexit.

He added: ‘All of this is unwelcome. We are absolutely behind the principles of free trade all over the world but in terms of “are we ready for a no-deal Brexit”? I think we’re as ready as one can be.’