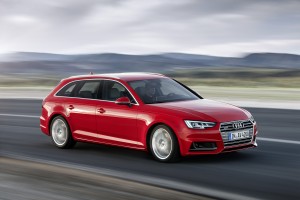 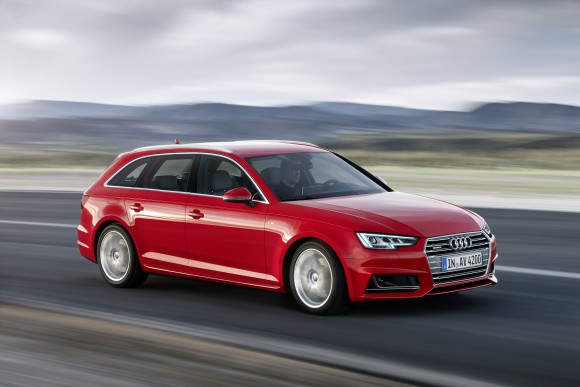 Audi dealers ‘happy and profitable’ despite the emissions scandal

HAPPY, motivated and profitable – that’s the state of Audi’s UK dealer network, even in the midst of the emissions crisis that has hit the manufacturer and its sister brands in the Volkswagen group.

And even though the scandal has caused huge concern for the company, dealers would appear to be taking everything in their stride and doing their best to reassure worried customers.

What’s more, there has been no noticeable drop-off in the demand for the many diesel members of Audi’s model line-up – across the A4 range at least.

At the recent media launch of the new A4 Avant in France, we caught up with Katie Purcell, UK product manager for the A4 range, and asked if she thought the diesel/petrol sales mix would change in the light of the emissions affair.

‘It’s something we’re definitely monitoring,’ she told us. ‘What has happened has generated a huge amount of work for us in terms of looking at any impact on trends and orders. So far, nothing’s really changed versus our forecasts.

‘We always forecast quite strong petrol sales – our new 1.4 and two-litre TFSI are great new engines – but it’s still 90 per cent diesel, 10 per cent petrol.

‘I haven’t seen anything in the last few weeks – in terms of orders from the network, our customers or fleets – that has given us any warning signs that things might be changing. But having said that, it has only been a few weeks. We do need to keep monitoring it.’

Purcell added that if there was a change of emphasis to petrol-fuelled cars, Audi had plenty to offer, adding: ‘The biggest driver will be if Benefit in Kind and VED tax bands change.

‘At the moment, they favour diesels and that influences purchasing decisions. The impact from a tax point of view obviously determines how much money a customer has in their back pocket so until that changes, my personal view is that I don’t think we’ll see a big shift.’

Even before the emissions scandal hit the headlines, Audi dealers were having a busy time, Purcell told us: ‘We have launched a lot of cars – Q7, R8, A4. The network is incredibly healthy right now.’

And after referencing the emissions scandal, she added: ‘We’ve got a very happy, motivated, profitable network. They’re totally behind the brand and fully engaged in making sure they’re keeping customers informed.’

Audi customers have been able to order the new Avant since September, with the first cars being delivered in the New Year. Check out issue 93 of Car Dealer for a full review.

On SuperUnleaded.com: Golf GTI overtaken by its own wheel at Nurburgring