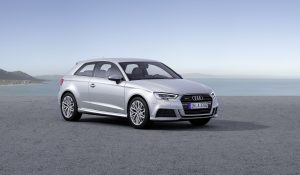 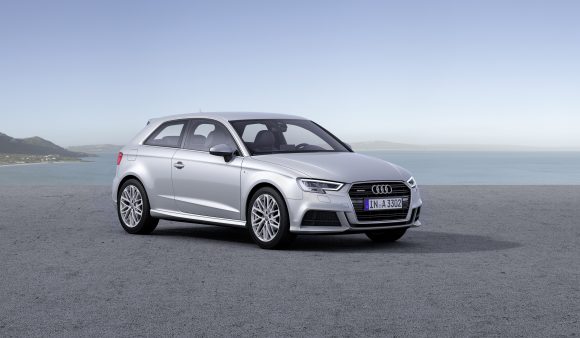 AN AUDI salesman who ran over his boss in an A3 after wrecking the office printer has avoided being sent to jail.

Aaron Starbuck, 22, flew into a rage at Leicester Audi on February 29 after being ordered to leave the Narborough Road South showroom and come back three days later for a disciplinary hearing because of poor performance and his behaviour and attitude, the city’s crown court was told.

According to the Leicester Mercury, the father-of-three left but came back a few minutes later ‘in a temper’, said prosecutor Steven Coupland, who added that Starbuck knocked over the £1,088 printer and refused to give his manager, Shakil Karim, the keys to his Audi A3, similar to the one pictured above.

The court was told that when Karim stood in front of the car to try to stop Starbuck driving off, he ended up on the bonnet and fell off when Starbuck swung out of the dealership, which is part of the Sytner Group. The manager suffered back and shoulder pain plus soft tissue damage and went to hospital.

In mitigation, Matthew Rowcliffe told the court: ‘It was a loss of temper in a difficult and heated situation, rather than something thought out. He’d previously worked for a car dealership and it had gone well.

‘He encountered problems with Audi and was struggling with his employment and it affected his mental health.’

He added that Starbuck was now taking ‘constructive steps’ and ‘engaging with counselling services’.

Judge Robert Brown told Starbuck he wasn’t sending him to jail as ‘the suffering to your partner and three young children would be out of all proportion’. Instead, he gave him a four-month prison sentence, suspended for a year, ordered him to carry out 80 hours of unpaid work and banned him from driving for a year.

He said: ‘You lost control in a situation where you should have been able to control yourself and deal with things in the proper way.’

On SuperUnleaded.com: 10 Things You Probably Didn’t Know About The WRC