Founders Ben Mitchell and James Vaughan set up the business in 2018 after sharing their frustrations at getting rid of part-exchange cars.

Speaking to Car Dealer Live, the pair explained how the germ of an idea has led to a hugely successful and much-loved business being created – and one that has won a series of awards.

‘We we were talking one evening after a hard day at work and agreed we really struggled to get rid of part-exchanges as well as sourcing stock,’ explained co-founder Vaughan in the video, which you can watch at the top of this story. ‘So we decided to set up a small, local community of traders who could quickly, simply and safely trade stock.’ 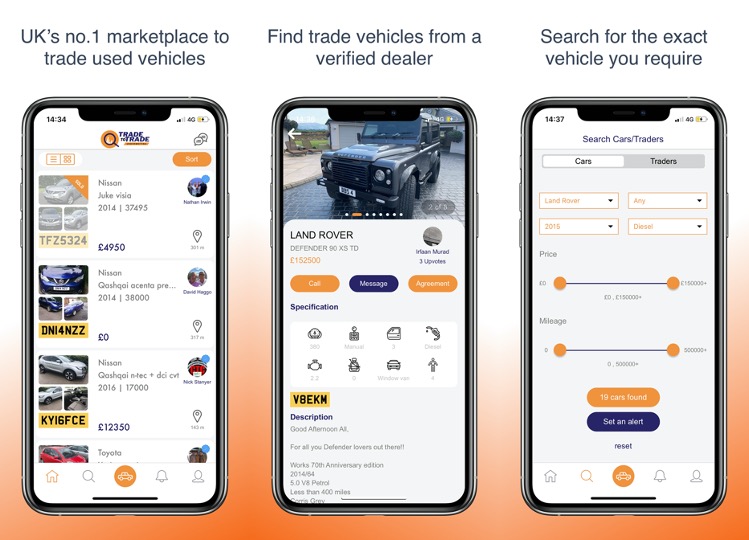 Trade to Trade began initially as a Facebook group and very quickly grew as other car dealers shared the pair’s difficulties in acquiring and disposing of stock.

‘The Facebook group now has over 10,000 members,’ said Vaughan, ‘and everything from Ford Fiestas to Rolls-Royces are traded.

‘During the last lockdown, the group maxed out at 98,000 interactions and comments in a month – that’s the highest we have seen!’

Along with the original Facebook page, Trade to Trade also has an advisory group to help car dealers on a number of subjects and that has over 5,500 members.

The pair have also launched a mobile app that keeps the friendly community feel of the Facebook group, but with added convenience.

Since its launch last year, the app has been substantially rebuilt to keep pace with dealers’ needs and requirements and the pair are currently putting the finishing touches to the latest round of updates and improvements.

‘There’s only so much we can do with the Facebook group,’ explained Vaughan. ‘We have a lot more control over what happens with the app, and for the users the features and benefits are far better.

‘For instance, we know who the users really are which guarantees a trustworthy community. When dealers sign-up, they go through a verification process to prove they are bonafide motor traders.’

After the verification process, dealers choose which membership package they would like and then they are free to trade with other dealers in a quick, simple and friendly way.

In the video (at the top of this post), the pair explain in detail:

You can download the app here for iOS or here for Android.