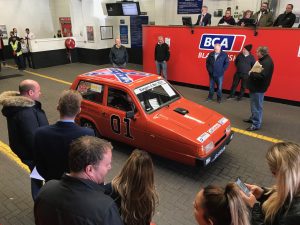 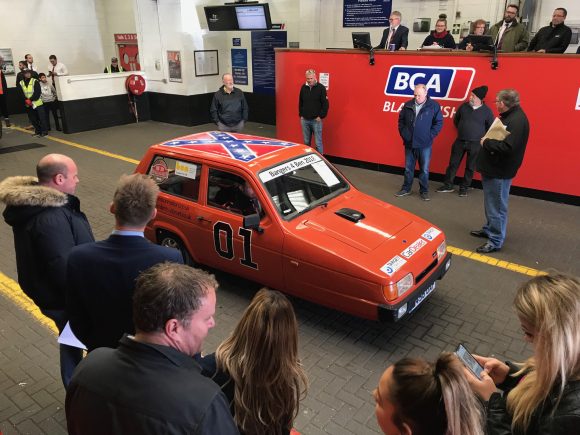 IT’S a well-known saying in Car Dealer Magazine circles that Bangers4Ben isn’t over until the auction gavel drops.

Well, if it wasn’t before today, it definitely is now, as I’ve just invented it! 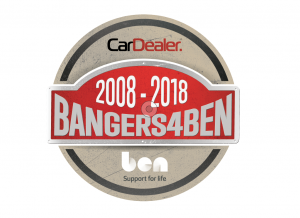 Today marked the final day of Banger4Ben 2018 as the cars, which journeyed across Europe earlier in October as part of our 10th-anniversary fund-raising rally, went under the hammer at BCA Blackbushe.

The 27 cars that went through the auction today raised a total of £12,709. The shining star of the sale was a Vauxhall Vivaro converted by 67 Degrees into the Nag’s Head pub from Only Fools and Horses. It sold for an impressive £1,825.

The remaining cars will be sold privately, then the buyers’ fees, donated by BCA, and entry fees will be combined to give our grand total raised.

Watch this space! We’re really hoping we can hand over a sizeable sum of money to Ben this year.

Full coverage of the rally and today’s auction will appear in issue 129 of Car Dealer Magazine, out in mid-November.

MORE: The weird and wonderful cars taking part in Bangers4Ben this weekend