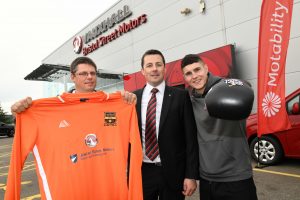 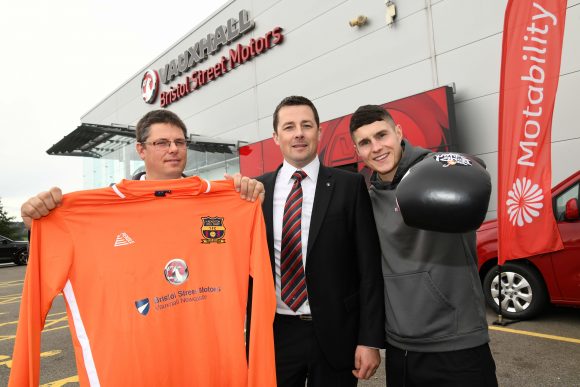 A VAUXHALL dealership in Newcastle upon Tyne is supporting budding sports stars by sponsoring boxers and footballers in the area.

The boxing club is one of the most successful amateur outfits in the country. It recently contributed a third of the Great Britain team for the European Games in Minsk, with Pat McCormack winning gold in the 69kg final and his twin, Luke, returning to the UK with a bronze medal at 64kg.

Wreckenton Under-15s, who play at the Camp Ground in Gateshead, compete in the Russell Foster Youth Leagues, the biggest of their type in the country. They won promotion last season from division four to division two and say they are looking forward to continuing that success.

Liam Fenwick, general manager at the Scotswood Road showroom, said: ‘It’s fantastic that we are able to support two local sporting organisations that have such strong reputations.

‘Sport is an important way to teach young people about teamwork and discipline, as well as enabling them to have fun.

‘Birtley Boxing Club is a real production line for successful boxers, taking them from an early age and providing expert coaching and training, and we’re pleased to play a small part in the club’s ongoing success.

‘Wreckenton Nou Camp YFC has 13 teams of differing ages and competes very successfully at all levels. The Barcelona-style strips are fantastic, and I’m looking forward to seeing our name on the front of the under-15s’ kit.’

Ron Burge, chairman of Wreckenton Nou Camp YFC, said: ‘It’s really important that we get support from local businesses. Everyone at the club is a volunteer and we rely heavily on parents to transport the players to and from matches, so to not have to worry about the cost of the kits is really important.’

Joe Laws of Birtley Boxing Club said: ‘Liam and his colleagues at Bristol Street Motors are great supporters of the boxing club and we’d like to thank them for this donation, which will buy some great new equipment for the gym.’