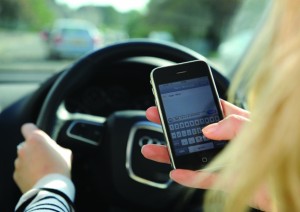 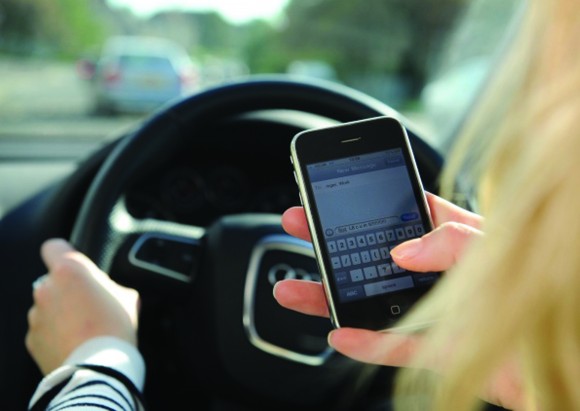 James Baggott: Why I’m calling on car companies to tackle a growing problem

NEXT time you’re sitting in a traffic jam, or waiting at the lights, take a little look around you – especially if it’s during a dark commute home – and I’m willing to wager you’ll be surrounded by countless illuminated, bowed heads of motorists checking their phones.

When you’re on the motorway, try it again – these dark nights are the perfect time, because you can spot them easily, like rule-breaking beacons. They’ll be in the slow lane if they’re trying to be careful, or in the fast lane if they’re being especially reckless, faces lit up by the torch-like screens of irresponsibility.

I’ve found it’s incredibly rare to take a trip with any driver these days and for them not to fiddle with their phone  at least once during the journey. With music streaming services such as Spotify working through car audio systems, social media constantly pinging away with notifications, not to mention text messages and emails, the temptation to not touch the phone is too hard for most to resist.

Can you honestly say – on your children’s lives – that you’ve never touched your phone while driving? I can’t. And I’m pretty sure every single driver on the roads with a phone will say the same.

In fact, a recent survey backs up that theory. British Car Auctions recently quizzed 445 motorists and 95 per cent  of them said they’d seen another driver using a mobile phone. Some 82 per cent of them had seen someone texting or emailing too and to make matters worse 42 per cent admitted to doing it themselves.

It seems to me that the problem is getting worse, not better. The official advice is to turn it off, but the problem there is that our phones have become intrinsically linked to our cars. Most modern models offer Bluetooth connectivity that lets you take calls at the wheel, stream music from your handset, while some even let you access the web from the car using your phone’s signal.

While I can’t deny all these features are handy – could it be that car manufacturers are sending out the wrong message? Are they condoning the use of a mobile phone behind the wheel by implementing all this technology?

A delve into the murky world of the world wide web  and that bastion of informative reporting, the Daily Mail, reveals a report from Canada which found drivers talking on handsfree devices were ‘far more likely to make errors on the road’. And, come on, admit it, when you’re having a conversation on handsfree are you REALLY paying attention properly? Be honest now…

I contacted the Association of Chief Police Officers to ask them what would happen to a driver who had an accident while talking, perfectly legally, on a handsfree kit. A spokesman said the likelihood was that the driver would be prosecuted for driving without due care and attention or, in more extreme cases, for dangerous driving.

And it’s already happened. One case in 2008 involved lorry driver Mervyn Richmond, 49, who had been talking to his mother for 23 minutes using Bluetooth in his cab when he ran into the back of a Transit van, killing its passenger. He was jailed for four-and-a-half years for dangerous driving.

Roger Vincent, of the Royal Society for the Prevention of Accidents, told the Daily Mail at the time: ‘When you are using any mobile while driving you are four times more likely to have an accident.’ FOUR times.

So here’s my idea. I think it’s time for a manufacturer to introduce a device that stops your phone working when the engine is on. A sort of enforced airplane mode that means no calls, texts, emails or data can be received, but music can still be played if it’s plugged in. That port could be in the glovebox, in a box that is automatically locked when the engine is running perhaps. Sounds extreme, I know, but car manufacturers – and you, the dealers that sell their cars – have a responsibility to ensure drivers know how dangerous using handsfree is, let alone touching the phone and writing a text message.

It would take a brave manufacturer to make the move, but it could be a winner. I actually look forward to long-haul flights knowing I won’t get a signal and will be able to enjoy some quality time spent unshackled from my iPhone. But airlines are set to ruin that with wifi. Trains are bad enough, but imagine long-haul with your neighbour FaceTiming his kids. Doesn’t bear thinking about, does it?

I think cars could become the sole isolation zone of the modern world. The only part of your connected life that’s unplugged, a location to enjoy some thinking time without the distraction of Facebook likes or emails from the boss; a place to simply enjoy the journey. With mobile phone use behind the wheel increasing, now has to be the time to take drastic measures. But is there a car maker brave enough to make the move first? Who knows?

What do you think? Tweet me @CarDealerEd and let me know.