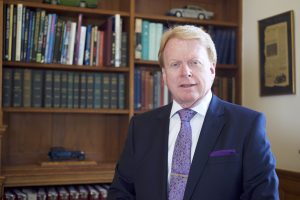 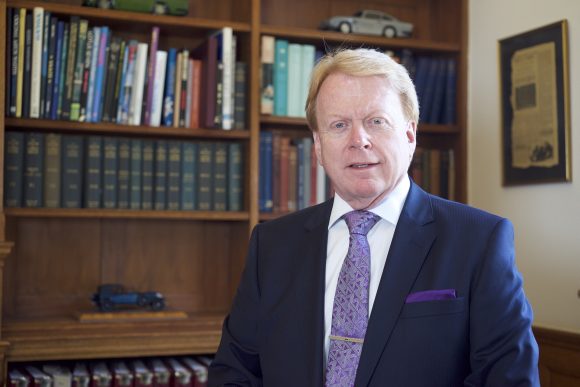 INDEPENDENT charity and partner to the motor industry Ben has appointed CEO of the IMI Steve Nash as chair of its board of trustees.

Nash has served on Ben’s board since September 2014 and takes over as chair from Robin Woolcock who held the position for four years. Woolcock, who was formerly managing director of Volkswagen Group UK, has been a long-standing board member for Ben. He remains a trustee, chairing the board committee that oversees Ben’s health and wellbeing work.

Nash has worked in the motor industry, in both the retail and manufacturing sectors, since graduating in 1977. He joined BMW in 1986 and was a director of the company from 1997, including a period as group aftersales director, looking after the Rover and Land Rover brands.

He was previously chair of the IMI for five years, before becoming president in November 2009. In 2012 he joined the IMI as chief executive officer. Steve will work closely with Zara Ross, chief executive, to lead the organisation and head up its board of trustees.

Ross said: ‘We are delighted that Steve has taken up the role as Ben’s chair. Steve is renowned for his strategic leadership, experience and depth of knowledge of the automotive industry, which will be invaluable as the sector embarks on a period of significant change. Steve will play a significant role in helping Ben progress to the next level of its transformation.’

Ashcroft has considerable senior HR experience in the automotive industry and is currently HR director at TrustFord where she has been for the last 13 years, having previously held HR roles at CODA and Gamestation. Sharon’s own professional experience directly aligns with Ben’s approach to delivering health and wellbeing services within companies and she will help influence the delivery of the organisation’s new five-year health and wellbeing strategy.

Thomas qualified as a chartered accountant in 1989 and has been a Finance Director across various commercial and charitable organisations for the last 20 years. He has been a dedicated supporter of Ben for many years and brings his significant knowledge of the automotive industry and charity sector to the organisation.

Outhwaite has worked in and alongside the NHS and social care for almost 30 years as a NHS CEO, a director of a national NHS Agency and currently as an independent consultant and a non-executive director of an NHS Mental Health Trust. He continues working closely with many NHS national and local organisations. Mark’s considerable experience in change management and information technology implementation and adoption will help put Ben in a stronger position for further development and transformation.

In addition to these changes to Ben’s board of trustees, Tim Holmes and Lesley Upham, both long-standing board members, have now completed their terms of office as trustees.

MORE: The weird and wonderful cars taking part in Bangers4Ben this weekend