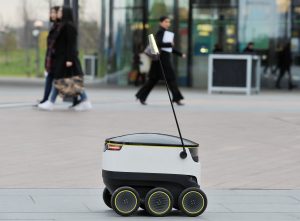 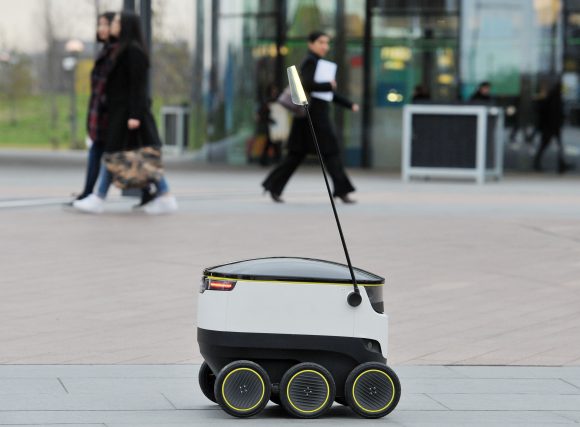 I’VE been doing a lot of investigation into artificial intelligence, marketing automation and technology recently and also went to a conference where they were discussing the benefits of these systems.

Don’t worry though – they all need human intervention in some way and we’re not entering the realms of Skynet and the machines taking over the world.

Yes, as you can probably guess, I am a major Terminator and sci-fi film fan, and these technological advances are right up my street.

Talking of streets, who’s seen the Starship robot deliveries? These are self-driving delivery robots that have been built by two former Skype co-founders and have a compartment that can store hot and cold food, clothes and other parcels.

Apparently, the idea is they can pick up your order and bring it to your address within a specific five-minute window.

Imagine never having to call for a redelivery or having to make that annoying trip to the post office to pick a parcel up – all because they can now deliver 24/7.

It’s going to be a brilliant way of solving the last-mile problem for national companies that are trying to deliver goods to your door when you’re not available.

They’ll deliver your package to a hub and a self-driving vehicle will do the final part.

A recent report by McKinsey predicted that in the future autonomous vehicles, including drones, will deliver approximately 80 per cent of all purchased goods. Amazing! I do regularly wonder how long it will be before we can get a taxi like in the film Total Recall that’s driverless and takes us from A to B to C.

I’m not talking a hover-style vehicle but just a normal road car with a Siri/Alexa/Cortana-style system that you can talk to, that can read traffic and other vehicles and avoid collisions, etc… Answers on a postcard? I’d love to know your predictions.

There’s a lot of time and effort being invested in systems that take your data and assist you in finding the right customer targets or work on producing subject lines and content for emails.

These look at demographics and buying behaviour and draw conclusions into what is going to be the best wording to get a target audience (also known as personas) to click or buy.

Companies such as Domino’s (which is also sending pizzas by Starship robot deliveries in other countries) have been using these artificial intelligence tools to predict languages that will work with different personas.

Their marketers add what needs to be sold into the system (their newly launched pizza, for instance), pick a pre-defined persona to target, then the artificial intelligence tool runs it through existing marketing data and analyses what has worked before and picks what to say in the next email.

The emails are sent out to customers and the system analyses the clicks & acquisition rate and then works out what would work best next time; it’s an ongoing cycle of automation.

While this may seem like I am being an advocate of removing marketers and people I am not completely. However, I am an advocate of innovation, and these systems will all need human intervention, insight and oversight.

There’s no replacement for the human brain, but these tools will allow us to become more efficient and productive.

There are plenty of ways to utilise these technological advances in the motor industry, we just need to think outside of the box.