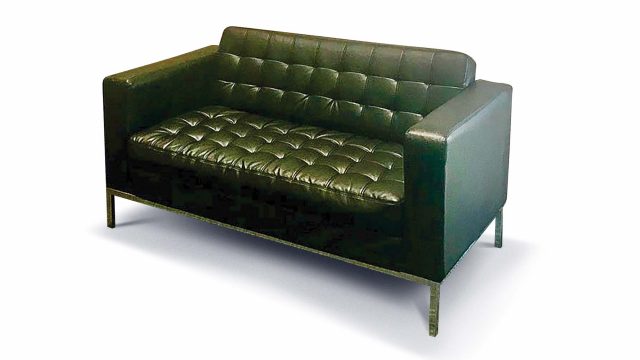 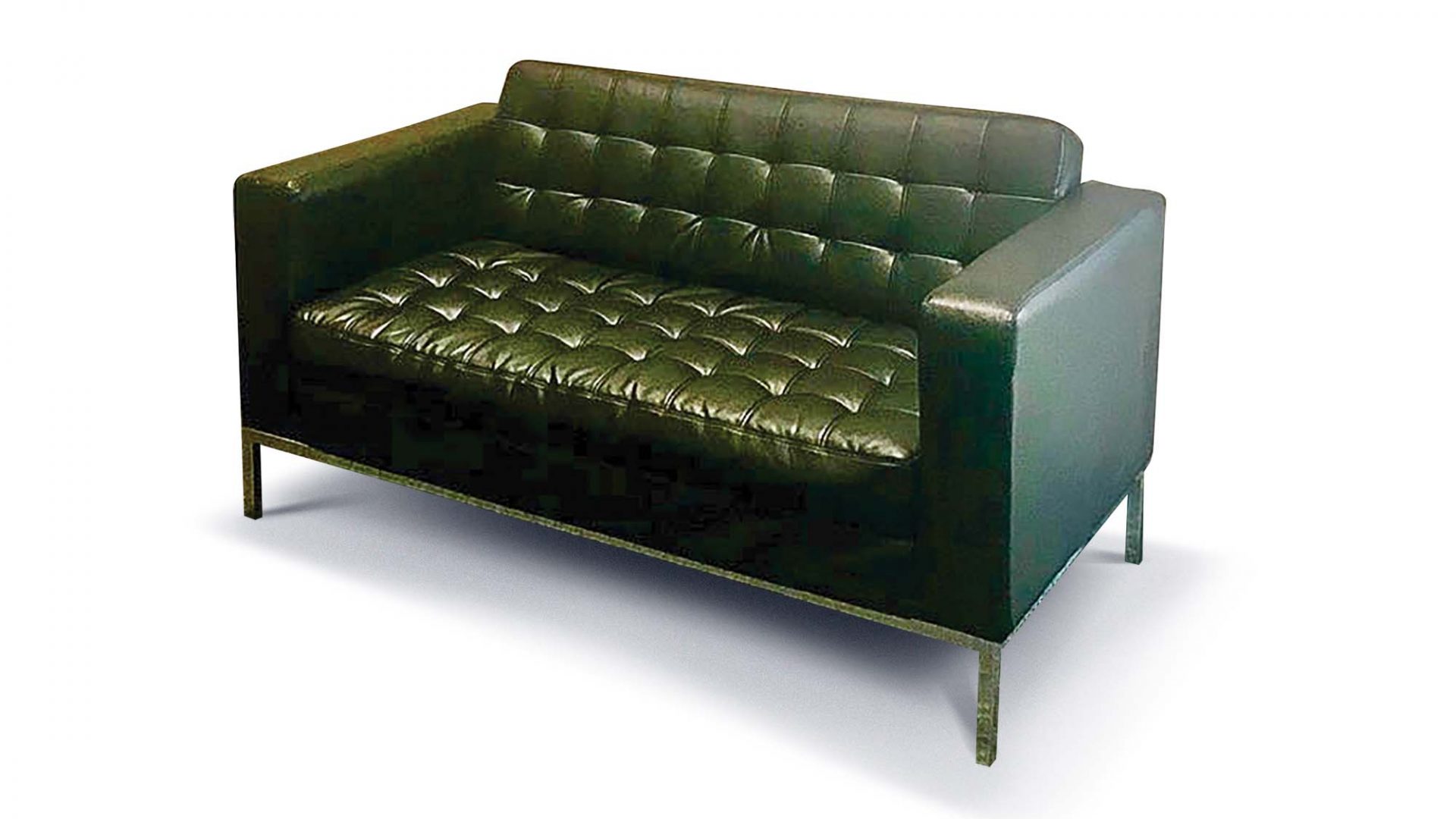 Big Mike: Discomfort only added to my outrage over trade-plate treatment

At the top of this column you’ll see a picture of a sofa. A flipping uncomfortable sofa as well. And if you’re reading this and you recognise the sofa, then you need to be very careful who you get on the wrong side of.

You see, a little while ago I did a little favour for a mate of mine. He runs a business moving cars from the UK to the Channel Islands and it’s not a bad little gig.

He usually goes out there with a premium German something-or-other on his truck and comes back with something rust-free and knocking on a bit, much like the automotive equivalent of myself (who could do with an oil and filter service right now).

But it’s a good little business. The way that taxes work out there means that it’s much cheaper for a Channel Islands resident to buy a modern car in England, Scotland or Wales and pay import duty on the price here than to buy one through a dealer in Guernsey or Jersey.

So it’s quite common for my man to go over there with twenty grand’s worth of Merc on the back and return with a rot-free Mini Metro, which he can declare cost him fifty quid, pay ten quid VAT on it and flog it to one of the Leyland lickers who likes to go out on Sundays and compare sales brochures with other equally liberated souls.

As business models go it’s not a bad one. Especially as in the summer months he gets to spend an awful lot of time in a bar on a boat. I could live with that.

Anyway, I digress. Back to the sofa – and I don’t want to sit on the thing ever again. It’s about as comfortable as water torture. Or it was by the end of my ordeal, anyway.

My mate Richard (we’ll call him that because he’s called Richard) had a bit of a logistical challenge on his hands.

He had to get one car up to Yorkshire, collect another from the East Midlands, then get himself down to Southampton Docks, all on the tacho and all in two days.

In order to achieve his gold medal in logistics, Richard’s only option was to collect the Mercedes-Benz on his way down to Southampton, and with the timing of his boat being as it was, this would have to take place about 5.45am.

There aren’t many dealerships open at that time of the day, so being about an hour away from the showroom where the Mercedes lived, I offered to go and get it.

I have a mate who regularly runs main dealer stock down to the car auction in Peterborough anyway, so it was hardly a challenge for me to sort a lift eastbound and jump out on the way.

Now, maybe I’m just a fool, but having been in the trade all my life, I figured that the act of collecting a car that was already paid for and driving it from one trade premises to another would be pretty easy, not least because a set of trade plates tends to always ease the passage of such things. Or it has done historically for me at least.

On this occasion though, no. I rocked up, as arranged over the phone, at 11am, having called the previous day to deal with a rather perplexed sales person who said they normally do ‘two-hour handover appointments’.

I pointed out that wasn’t necessary, I normally drove 20 or 30 different vehicles a week and there really was no need to guide me through all of the controls and buttons on a Mercedes-Benz E250. The lady went ‘hmmm-hmmm’ a bit and that was that.

The next day, I turned up on time, trade plates under my arm, with a copy of the email Richard had sent to them saying who I was, and my passport and driving licence as ID. 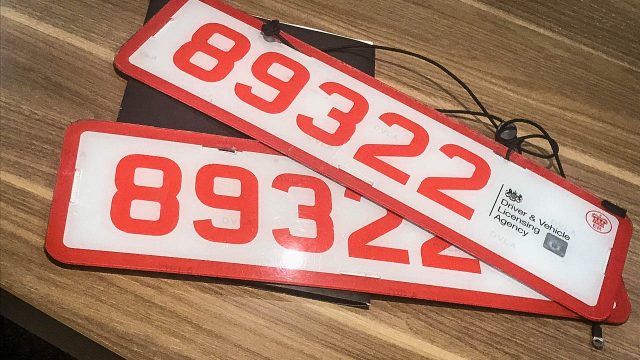 I was expecting to be away and back off up the A14 in minutes. Instead, I became intimately acquainted with that bloody sofa.

First up, when I arrived nobody had any idea who I was. And I couldn’t see the car, either, which was a bit of a worry.

The bloke I spoke to decided to make some inquiries and eventually called the girl I’d spoken to the day before, who’d ‘forgotten to put me in the diary’.

He then got another sales assistant to come and ‘look after me’. She was very lovely but also utterly incompetent.

First of all, she took my driving licence to go and photocopy it. The phone rang in her office upstairs and for 30 minutes I didn’t see her.

When I eventually went upstairs and knocked, she realised she’d completely forgotten me.

ID check complete, she got me to sign all sorts of papers on the buyer’s behalf (mostly of the ‘This warranty means sweet Fanny Adams’ variety) and went off to get them ‘checked and verified’ by the sales manager.

I heard her do this while said sales manager was out the front with a customer sniffing around a Volvo SUV.

‘He’s just a trade-plate driver love – he’ll have to wait’. Those were his exact words.

So off she scuttled back to her office muttering something about ‘having to do some further ID checks’.

I gave it another 20 minutes, by which time the customer had gone, not leaving a deposit or any sign of interest in a shiny but quite clearly well-used Volvo, and the sales manager had disappeared behind a wheelie bin for a smoke.

‘Excuse me,’ I said. ‘I’ve been sitting on that horrible sofa for an hour, your colleague has taken my driving licence, I still haven’t seen the car I’m supposed to be collecting and I’m starting to get a little brassed off.’

‘Of course not,’ said I. ‘I’m JUST a trade-plate driver’, and went back inside to try a few more positions on the sofa, none of which passed for anything better than being put on a rack.

The next thing I heard was the sales manager telling the lady who was ‘handling’ me that I’d started whingeing so they’d better sort me out.

This was for a car that the owner had entrusted to my friend’s company and had paid £28,000 for. We’re not talking a £250 part-exer here, we’re talking proper money and a company that couldn’t care less. 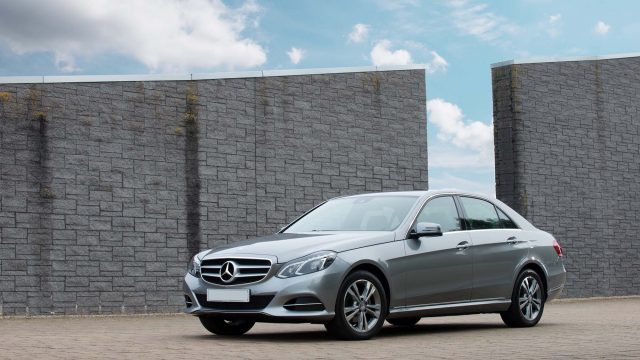 They eventually ‘found’ the car round the back of the showroom and brought it round for me, but not before I’d clocked a junior member of staff furtively walking out the fire door with a pair of jump leads round his neck.

Still, at least it meant I could get off the sofa and having finally got my driving licence back (I had to ask for it) could get the Mercedes back to mine.

Having given up hope of beating rush hour by this point, though, I decided to play my hosts at their own game.

There was one last piece of paperwork to sign – the one that told them I had accepted the car on the customer’s behalf, so like all responsible trade-plate drivers I began to inspect it.

I walked around the front third of the car then stopped and sat on a wall.

‘Are you happy sir?’ asked the sales manager. ‘I need to finish inspecting it first,’ I replied.

‘I’ve started,’ I replied. ‘But having begun the process I’ve decided I’m now going to ignore it for 20 minutes, then I’ll inspect a little bit more of it. But as I’m just a trade-plate driver, I won’t inspect it all in one go. I’ll then ignore it for another half-hour before inspecting the final bit.’

And that’s exactly what I did.

There’s a moral to this.

First – don’t ignore trade-plate drivers. I’m a car dealer and I do this favour occasionally for another guy in the trade. Another of the people who helps Richard is an independent businessman local to him who turns over a healthy six-figure sum and would be the perfect buyer for a tidy Mercedes that caught his eye. But not if you call him ‘just a trade-plate driver’.

And the second moral?

This feature – along with news, views, interviews, reviews and plenty more – appears in the current edition of Car Dealer, which you can read below.