Home > Columns > Big Mike: If electric vehicles are a brave new world then I’m happy to be an old coward 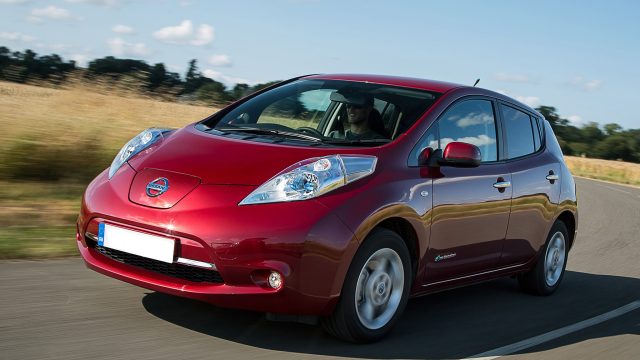 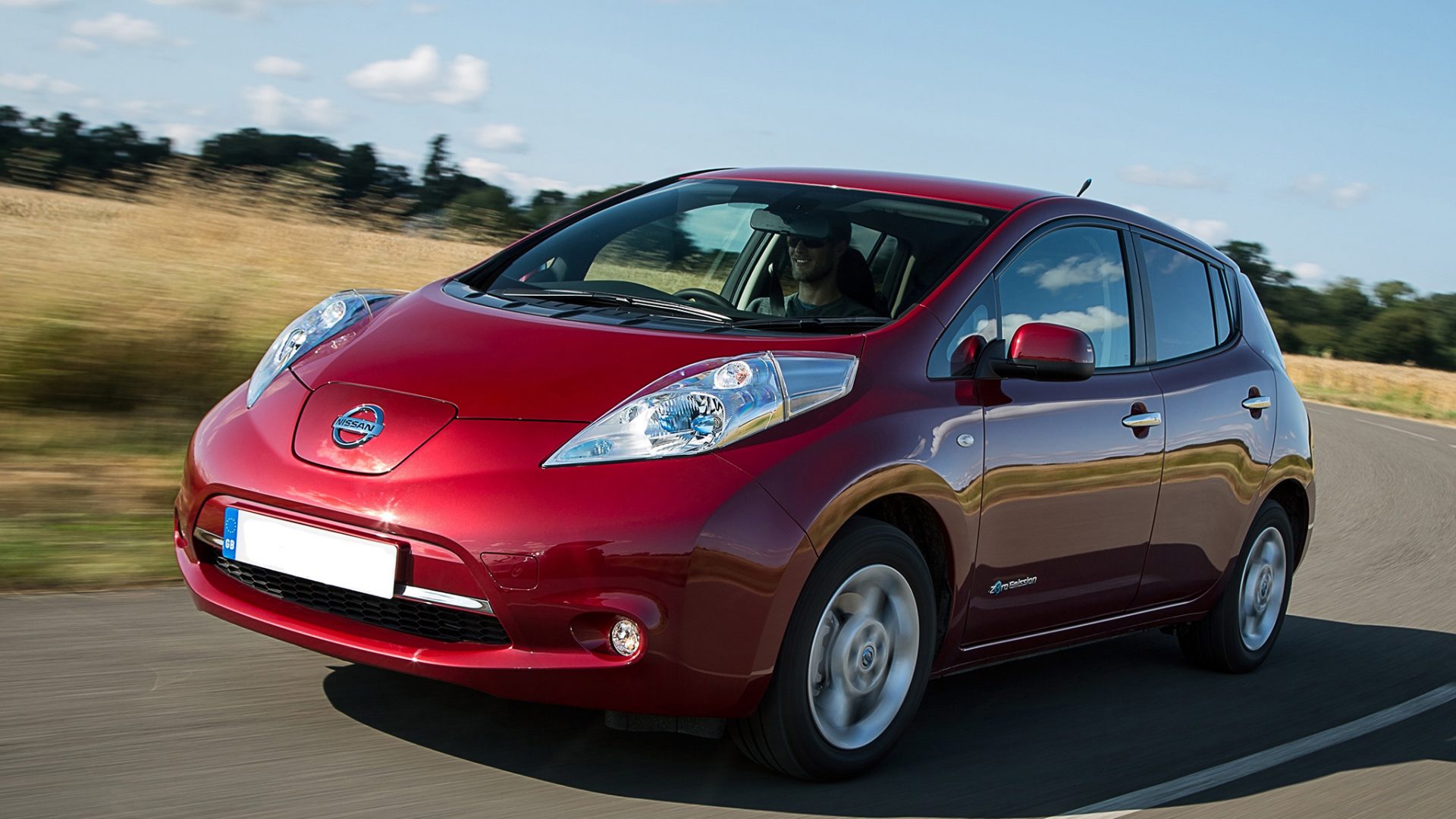 Big Mike: If electric vehicles are a brave new world then I’m happy to be an old coward

Our mystery columnist has been dragged kicking and screaming into the EV era – and he’s not very impressed!

After four decades in the car trade, last week I took my first electric car in part-exchange – a 2013 Nissan Leaf.

It came in against a Mercedes Sprinter that I’d actually got on sale or return from a mate in the trade – he had nowhere to park it so said he’d bung me 15 per cent if I flogged it, which is really not a bad margin, especially on £20k’s worth of van, so I allowed it to take up two spaces on my forecourt.

It sold really easily, too. With the waiting list for new vans running up to a year in some cases, a five-year-old high-roof, long-wheelbase Sprinter with less than 100k on the clock is hot property.

The buyer was starting his own business, having taken redundancy, for which he needed to stop pretending to be eco-friendly and instead invest his hard-earned into a big old diesel van, but the car came as part of the deal.

Up until that moment, I’d actively avoided electric cars.

Partly because I usually find their owners are annoyingly sanctimonious, cardigan-wearing bores who can only ever talk about range, carbon offset and charging networks, and partly because I look at them and generally don’t have a clue what to do with them.

Anyway, the magic book (or app, as it is these days) informed me that the Leaf was worth about eight grand out the door, so I offered six and a half as a chop-in and he shook my hand.

The Sprinter disappeared into the sunset and I was left with something I initially stared at like one of those wooden puzzles you sometimes get in your Christmas stocking.

I just stood there looking at it, without a clue as to what to do with it or whether or not I could even be arsed.

Job one was to take it for a test drive, but the problem with an electric car is that you don’t actually know if it’s switched on or not (or you certainly don’t if you’re a Luddite West Midlander already into his seventh decade). 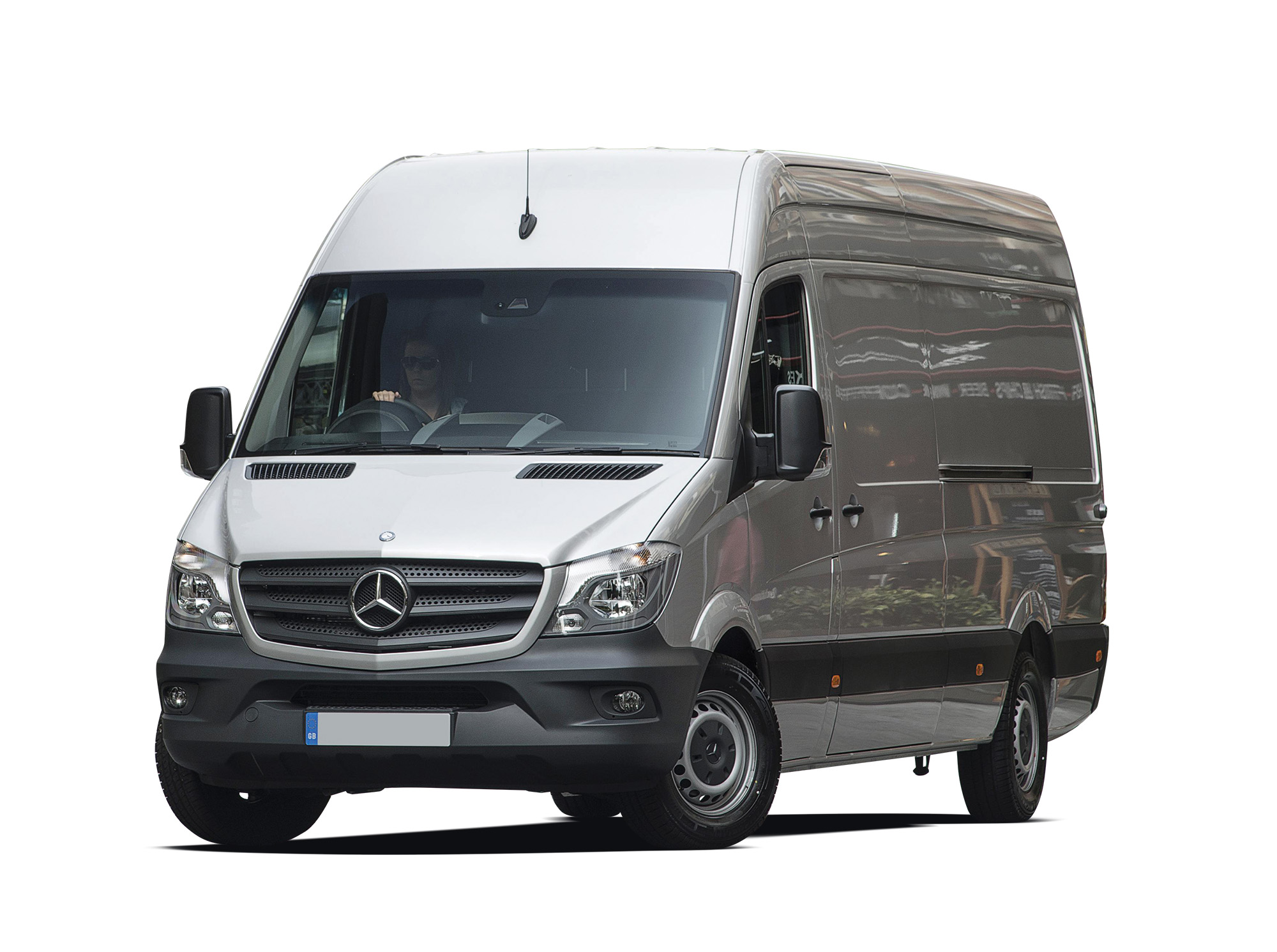 With long waiting lists for new vans, something like a five-year-old high-roof, long-wheelbase Sprinter with less than 100k on the clock is hot property at the moment

So for the first few minutes, I sat on the forecourt jabbing at various buttons and switches before the Leaf suddenly lurched forward and propelled itself on to the A38 – luckily into a convenient gap in the traffic rather than a big white Volvo with ‘Stagecoach’ written on the side of it.

Also, the brakes… I guess because there’s no vacuum feed to the servo, they’re electric themselves and completely devoid of feel, to the extent that I now have a back-to-front Nissan logo embossed on my forehead from where my head hit the steering wheel.

I’d driven into work that morning in a 25-year-old Jag with lovely, progressive brakes (a much nicer way to travel, I should add) and – with my work boots on – the AC/DC Datsun was a bit difficult to judge.

Just ask the Uber driver behind me, who ended up swerving into a bus stop to avoid smashing me up the exhaust pipes (if I’d had them).

Anyway, once I’d got used to the Leaf and realised that it was essentially very boring but probably quite good at being what it was, I decided to learn a bit more about it to sharpen up my sales patter.

I also decided that I should plug it in, as the range was only about 15 miles to empty and unlike a petrol car, where the general rule in the motor trade is to play fuel-light roulette until you have to do the walk of shame back to the forecourt to pick up ‘the can’, the rule with electric cars is a bit different.

And while it’s generally accepted practice among traders that your transport to and from work is going to be whatever has come into stock with a fuel gauge above the red and a trade plate in the window, it’s not a risk to take with something that weighs over two tonnes and can’t be topped up via a bendy plastic spout.

So, to ensure I could at least get back to my house in the Nissan, I got my trusty five-metre extension lead out of the container, ran it across the lot to my caravan and plugged the car in.

None of these fancy charging docks for me – and after all, why bother if you can charge a car up via a three-pin plug?

Well, I was about to find out…

For starters, with the car plugged in, it tripped the circuit breaker every time I put the kettle on (which I hope doesn’t happen at home, as herself and I consume rather a lot of tea).

Secondly, after leaving it plugged in all afternoon, it now had the ability to go four miles further than it would have done had I not plugged it into the extension lead.

With home being 20 miles away, I took the Jag and plugged the Nissan in to charge overnight.

The following day, I came back to the yard with the Jag running on fumes – very expensive £1.70-a-litre fumes at that – with an open mind, ready to embrace the EV revolution.

I’d sat at home thinking how these EVs were probably the future of car sales, and of how many of the things I’d be able to sell once I’d mastered the art of operating them and learnt all about them, unlike so many of the troglodytes at the darker end of the car trade.

Except, although I’d plugged the Leaf in before leaving the previous day, I’d also forgotten to turn the wall switch on at the socket, so my efforts were utterly futile, especially when I had a call from a chap in Stoke-on-Trent who’d seen it advertised and wanted to collect the same day – something that neither the car nor I were prepared for.

By day four, I hated it. I’d been able to charge it up sporadically and at great inconvenience (I’m told a seven-pin charger is the way around this), but this glimpse of the future wasn’t filling me with confidence, as it still only claimed to have 84 miles of range at 100 per cent charge.

I know the newer EVs are better, but all that hassle just to get from here to Warrington barely seems worth the effort, especially as you’d then just be in Warrington at the end of it, and I’d not wilfully wish that on anyone.

To go the same distance in my old Jag, even at today’s petrol prices, would be about twenty-five quid. £25 I’ll happily spend just to avoid all the faffing about.

So, the Leaf found itself down the local independent auction, which seemed an easier way of getting rid of it than dealing with men called Clive with pleats in their trousers and who’ll want to know all about which home charging pod is better than which after dropping ‘Wifey’ at the garden centre.

I’m sure they’ll catch on. But for me, retirement seems more appealing than that…

This feature appears in issue 170 of Car Dealer along with news, reviews, interviews and much more. Click here to read and download the magazine for free!