Home > Big Mike > Big Mike: Percy the Punto is the perfect pleaser – I’ve no time for the new Corsa 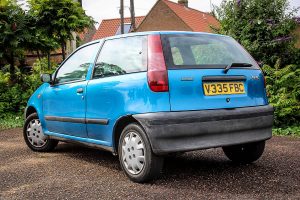 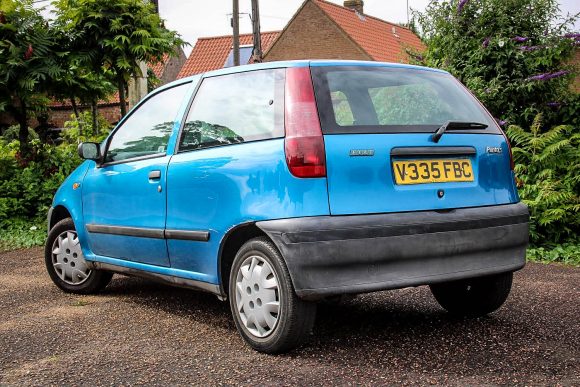 I know I’m a grumpy old man and it’s my job to not accept new technology, but I recently had a back-to-back (and back-to-basics) experience that reminded me of why I’m quite happy to be a Luddite.

I’ve mentioned before about my confusion around modern cars and their tendencies to bing, bong and beep at you, all the while detracting your attention from the road, but now I think I know why they do it.

It is, in fact, to distract the driver from the car itself should some actual driving need doing, or certainly driving of the type that the car isn’t capable of itself (something which is, in itself, rapidly evolving).

For it seems that today’s cars are actually just giant entertainment centres, designed to suit a generation for whom ‘entertainment’ is spoon-fed rather than self-generated. The type who, if left alone in a room with no wi-fi, would die of instant boredom.

With business being quiet, I offered to help a mate in the new car trade who had a few motors that needed swapping between his three sites, one of which was a brand-new, all-singing, all-dancing Vauxhall Corsa – the very latest one that’s roughly the size of the Taj Mahal.

Now, I’m not one for knocking Corsas. I’ve been a car dealer for all of my working life and Corsa is one of a handful of nameplates that has always, without fail, chucked a few pennies into my retirement pot.

For the past quarter of a century, a tidy Corsa has been great news for anyone in my end of the trade – easy to buy, easy to fix, easy to drive, easy to sell. Sure, they may have been as dull as my local during lockdown, but a mid-price, mid-spec Corsa was as easy to sell as magic cakes in Amsterdam.

The new Corsa, though, is a different kettle of fish altogether. If you’re interested in the latest tech, then it has probably got loads going for it.

My mate did offer to show me how to make it mirror my smartphone, but to someone like me that just sounds like identity theft so I politely declined and then spent more time finding Radio 5 Live than I did driving the thing. After 17 menu screens I finally picked it up on DAB, although in fairness (as matey pointed out) if I’d just jabbed the ‘MW’ button in the middle of the stereo, life may have been a bit easier.

But I digress. I took the Corsa home overnight and my son’s girlfriend was all over it. Not only could it provide her with a smartphone mirror (I’m assuming to check her eyelashes in) but it also did something called a ‘sink’, which sent all hope of her keeping her eyes on the road down the plughole. Spotify, YouTube, Amazon Music, Deezer… you name it, she could make the car do it. 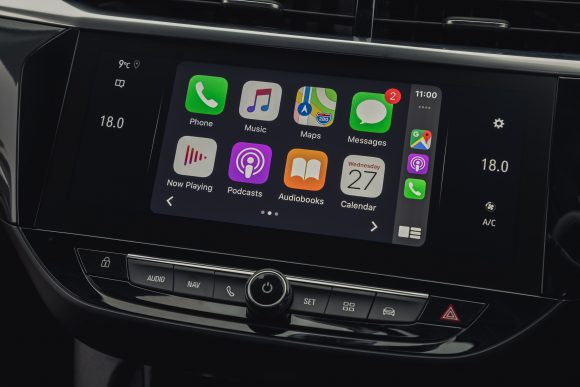 Within 10 minutes, she had my driveway sounding like a nightclub and was Twittering away at her mates about how the hashtag Corsa was a hashtag cool thing, just the ticket for a 22-year-old lass about town. No doubt to the eternal delight of Vauxhall’s social media team.

In fairness, in a modern context it’s probably a decent bit of kit, although apparently you need £25k for a mid-spec Corsa these days and that’s way beyond my comprehension. Want one you can plug into the mains and you’ll need upwards of £30k.

But on me, its many features were lost completely. Instead, what I had custody of for 24 hours was a modern ‘supermini’ that was just 11cm shorter than the original Zafira and almost as tall, with naff-all suspension travel and an entertainment centre that was about as confusing as the government’s social distancing guidelines. If it didn’t need moving from one of my mate’s sites to another, I’d have given up and walked.

But there was a further incentive for me to help him out. I don’t need to tell you lot about how the motor trade is often fed by favours, many of which are done as much out of humour as they are out of goodwill, but my buddy had promised me a gift for my troubles and he knew it was one that I’d appreciate.

It was actually rather surprising, though, when I got to his main dealership to find not only half a dozen beers waiting for me but also a receptacle in which to carry them home – the receptacle in question being a 1998 Fiat Punto ‘Team’, which was a special edition created to celebrate Italy’s mediocre performance in the France 1998 World Cup, in which they lost to the hosts in the quarter-finals.

Back then, I was a Fiat main dealer and the Punto to me was what the disco-dancing Corsa is to my mate today – the staple that gets folk through the door and unlocks your volume bonus, even if that did mean taking a load of crap colours and specs as part of a pre-reg deal. Or football-themed base models from a tournament that only the French really cared about.

This one had come to Tony as a part-exer via a not-really-scrappage scheme that his local marketing manager had cooked up in order to convince local punters that they wouldn’t have stuck a couple of grand on the bonnet to get their custom anyway – and it was taking up space round the back. 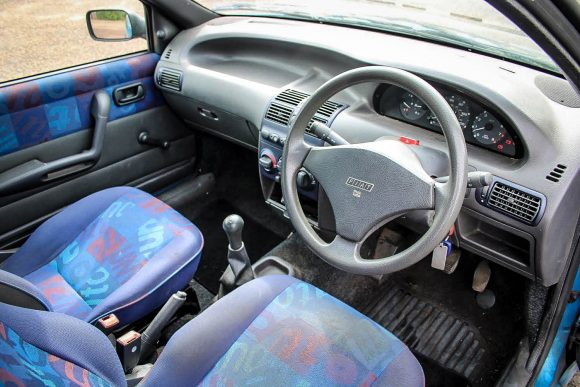 Indeed, it’d have been on the scrap truck regardless, as the cost of putting it into the auction was greater than anything they’d have got back. But instead, there was an old motor trade mate to stitch up, one with a Fiat history. And anyway, it was far better than catching the bus. Plus, I didn’t have to wear a mask to drive it.

With the movement job completed, we said our goodbyes, managed to resist shaking hands (which is still a major struggle in the motor trade) and I drove back across the city in a car that the previous owner had christened ‘Percy the Punto’.

And do you know what? I didn’t need to even turn on the radio (a good job, really, as where the radio should have been was just a gaping chasm in the dash). There’s something about a little Italian car in an urban environment that makes such things superfluous, as the revs rise and fall charging from one set of lights to the next.

Not only was the entire driving experience engaging and ‘real’, but not once did I need a bing-bong-a-ding-dong to remind me that I ought to be paying more attention to the road – the 22-year-old braking system and absence of an airbag was plenty enough for that.

But more so, the car was actually fun. As much fun as I remember them being back in the Nineties, with a great chassis, lively steering and a slick gearbox that would happily snap between ratios as if I were forcing my way through Italian traffic rather than negotiating the Great Charles Street Queensway. When in Rome, etc…

I loved it. Indeed, I loved it so much that Percy never made it as far as the grubby part of my lot from which I punt out part-exes, known affectionately as Poo Corner.

Instead, he went to the local bodyshop to have a scuffed-up wheel arch repainted, to then live in a warm cosy garage alongside a few others that have got under my skin over the years, and I’m hoping to find a period Fiat-branded radio-cassette on eBay.

Tragic as it makes me, I’d have Percy over a new Corsa any day of the week…