BLOG: ‘Do nothing’ is no option for dealers facing the end of the paper licence

Evidence is emerging that dealers are planning to take the customer’s word on their driving history, without any formal checks, once the paper part of the driving licence is abolished on June 8. That is the worrying revelation from Barry Cooper, director of Cooper Solutions, who believes that the ‘sign and go’ approach may land dealers in hot water, as this does not adequately demonstrate a proper duty of care to the customer. 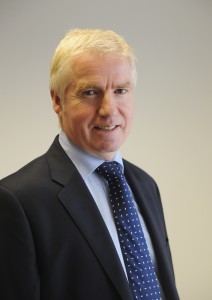 We at Cooper Solutions are advising dealers tempted to take the easy option of asking drivers to self certify to think again.

In the past few months, we’ve spoken to more than 100 dealers about this issue and around 20 per cent are seriously considering the option of just asking customers to sign waivers to confirm that they have clean, current driving licences. This is playing with fire and does not discharge a dealership’s duty of care towards the driver.

We’re a little concerned at the number of dealers considering this option, although given the relatively short time they’ve been given to prepare, and the lack of credible options, I can’t blame them.

This change to the driving licence should not be taken lightly as it fundamentally affects the way the estimated 15,000 courtesy cars and tests drives taken every day are administered. The most conservative estimate would put this figure at above five million checks every year. Putting it another way, that’s five million opportunities for dealers to expose themselves to substantial risk, should a disqualified driver take out a car and cause a fatal accident.

Feedback from dealers who insure customers on their own motor policies suggests up to half are considering a move to alternative cover to deal with the cost and administrative hassle created by the scrapping of the paper counterpart.

Insurers will expect dealers to carry out one of the available additional checks that replace the paper counterpart. These include:

However, a proven and cost effective alternative solution for dealers is available via specialist insurance-based solutions such as FullCover, Cooper Solutions’ comprehensive fleet management product.

We’ve been spending time assessing the impact of the DVLA-developed options for car buyers and dealers and, frankly, none of them makes life any easier for either party.

Before using the Share My Licence option, a driver will need to go through the View My Licence portal, which relies on them knowing their National Insurance number, postcode and driving licence number. In reality, this presents a significant practical hurdle that will prevent dealers providing test drives to potential customers.

While the DVLA premium rate phone line is another option, this costs dealers 51p per minute and may face unprecedented demand as it copes with the estimated 10 million annual calls, compared with the current level of 2.5 million.

Lastly, the DVLA has developed a secure online checking option for the motor industry (ADD). However, this has significant set-up costs, subsequent annual charges and substantial look-up fees.

While getting rid of the paper part of the licence is a sensible move in theory, dealers are playing with fire if they adopt a ‘do nothing’ policy. At best, this new regime could cause minor frustration for drivers and motor dealers who have not considered this issue prior to June 8.

At worst, it could end up landing unwary drivers and dealers with very serious fines or even a spell in prison, such is the severity of the outcome if they get it wrong.