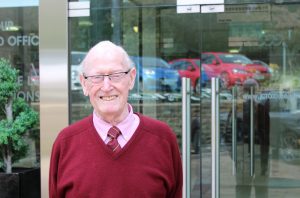 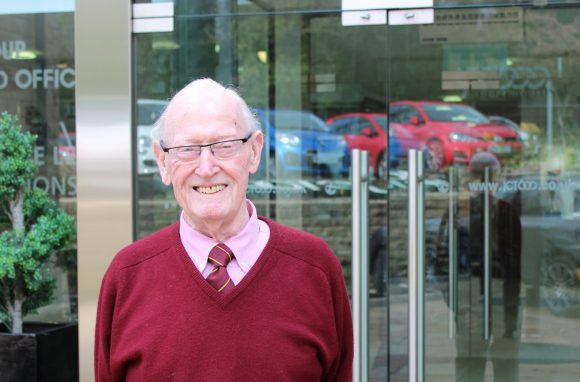 JCT600 founder Jack Tordoff has died at the age of 86, his family have announced.

Tordoff passed away peacefully in his sleep on Sunday night following a lengthy illness, it has been confirmed.

His family has requested privacy during this difficult time with JCT600 leading tributes to the ‘proud Yorkshireman’.

In a career stretching 71 years, he built JCT600 from a single workshop and petrol station into one of the biggest dealer groups in the country.

The group now runs 54 dealerships representing 25 of the world’s leading car marques and employing a team of 2,300 people.

It has a turnover of over £1.3bn and this year celebrated its 75th birthday.

The company said Tordoff was ‘immensely proud of having helped to create one of the largest and most highly respected privately owned motor groups in the UK and the largest private company in Yorkshire’.

One of his sons, John, his now the firm’s CEO, while another, Ian is a director.

Seven of Jack’s grandchildren are also employed in the business.

In a statement released today, a JCT600 spokesman said: ‘During a long career spanning 71 years, Jack was instrumental in building the JCT600 business from a single workshop and petrol filling station in Bradford, into one of Yorkshire’s greatest business success stories with 54 dealerships representing 25 of the world’s leading car marques and employing a team of 2,300 people from the North East through Yorkshire and into Lincolnshire and Nottinghamshire.

‘Now with a turnover of over £1.3 billion, the company this year celebrated its 75th birthday and Jack was immensely proud of having helped to create one of the largest and most highly respected privately owned motor groups in the UK and the largest private company in Yorkshire.

‘He saw the continuation of JCT600 as a family business as one of his greatest achievements, with his youngest son, John, leading the company as chief executive, his eldest son Ian also being a director and seven grandchildren all working within the business.’

They added: ‘Jack was passionate about the importance of always putting the customer first and providing the best possible shopping experience.

‘The business has continued to invest in its physical dealerships, but also embraced technology and innovation, developing a successful digital offering as well as establishing its own training programmes to ensure colleagues provide outstanding service.

‘As a result, generations of car buyers in Yorkshire and beyond trust the brand he helped to create.’ 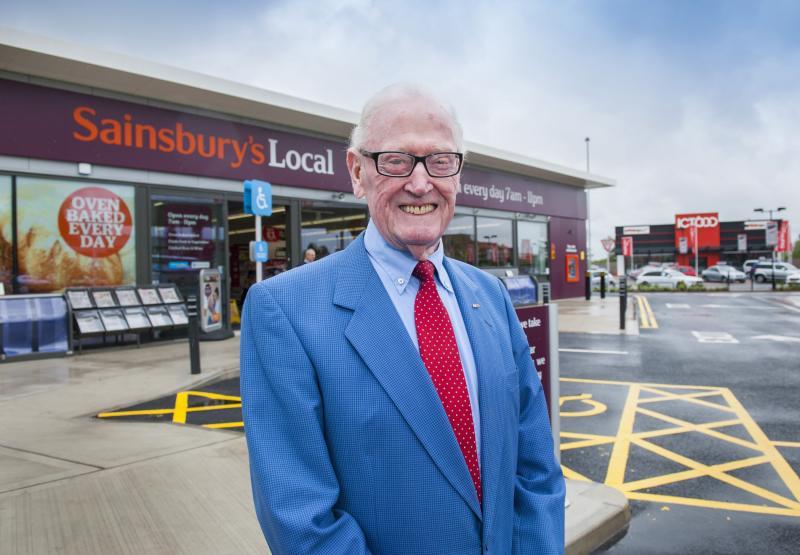 Tributes have been pouring in from across the motoring world with the IMDA chairman Umesh Samani describing him as a ‘legend’.

JCT600 was founded by Jack’s father Edward in 1946 as Tordoff Motors, along with two business partners.

However, when he died when Jack was just 14, he left school to work as an apprentice mechanic in the business.

At 21, he completed his National Service in the Corps of Royal Electrical and Mechanical Engineers, achieving the rank of corporal, and after leaving the army, returned to the business.

He borrowed £1,000 from his mother to buy out the remaining two original partners and began selling cars.

In the late 1950s, he bought a Mercedes-Benz 600 with the registration plate JCT600 on – his full name being Jack Crossley Tordoff.

He then proudly wore the number plate ‘JCT600’ on all his rally cars as he competed in Britain and Europe during the 1960s and 1970s.

He was a proud Yorkshireman throughout his life and enjoyed close ties with Bradford City FC, where JCT600 has been the team’s main sponsor for the last decade.

Yorkshire-based motoring reporter, Steve Teale, said: ‘Sad news re the death of Jack Tordoff, man who built the JCT600 empire in Yorkshire and beyond.’

Sad news re the death of Jack Tordoff, man who built the @JCT600 empire in Yorkshire and beyond. Full tribute on its way online and in tomorrow’s @yorkshirepost

Umesh Samani added: ‘Sad news to hear the passing of Jack Tordoff A motor industry legend. Condolences to the family.’

Sam news to hear the passing of Jack Tordoff
A motor industry legend. Condolences to the family. #jct600 pic.twitter.com/krckk9Qcoe

He was married to his wife Jean for 66 years, and together they had three children, Lesley, who died in 2013; Ian and John.