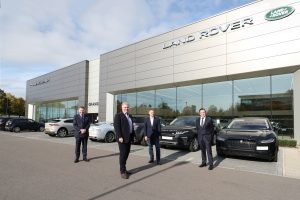 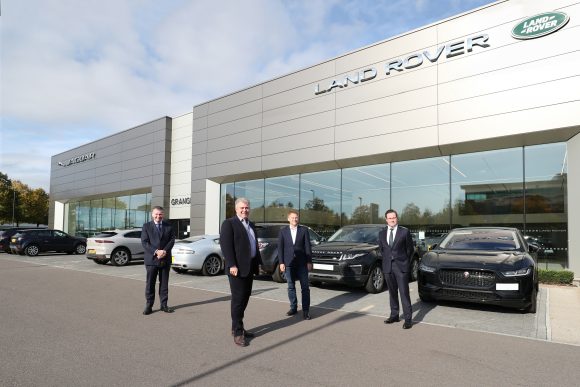 A balanced changeover from petrol and diesel engines is vital, cabinet ministers Grant Shapps and Brandon Lewis have been told by Cambria Automobiles boss Mark Lavery.

Transport secretary Shapps and his Northern Ireland secretary colleague Lewis had the point made to them during a visit to Cambria’s Grange dealership in Hatfield last Friday (Oct 9).

After their tour of the 4.3-acre site, which has franchises for JLR, Aston Martin and McLaren, they discussed various topics with Lavery, including the government’s consultation on the timeline for the proposed ban of internal combustion engines.

The ban could come in as early as 2032, and Lavery reiterated Cambria’s stance that hybrid vehicles, clean hydrogen and synthetic-based fuel technologies must all feature in a balanced transition from pure diesel and petrol engines.

They also discussed the total lifecycle costs of EV manufacture, new emissions regulations and some of the challenges facing mobility heading towards net zero.

Afterwards, Lavery said: ‘Today we were grateful for the opportunity to have an open dialogue with two senior members of the cabinet.’

He added that it was good to hear in broader detail the government’s plans for mobility ‘and to be able to share some of the challenges that the automotive sector faces relating to more stringent emissions targets and Brexit’.

Thousands of jobs are at risk over proposed ban on internal combustion engines, warns Cambria