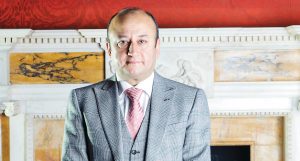 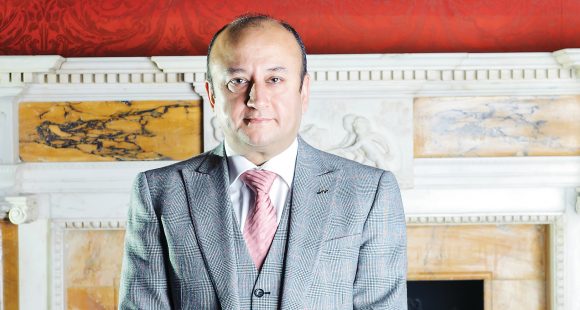 Car dealers are hoping that click and collect and home deliveries will be enough to keep sales flowing under Tier 4 restrictions.

Marshall Motor Group CEO Daksh Gupta told Car Dealer tonight that he would be pushing ahead with his marketing plans despite 40 of his 115 dealerships being forced to shut by the new restrictions.

Car dealers have been told to close again in Tier 4 areas and revert to click and collect models with sales of new and used cars forced back online.

The restrictions come into force from the close of trading today and will be in place until at least New Year’s Eve.

Gupta said he still has no plans to place staff back on furlough – an announcement he told investors in his last update to the Stock Market – and would be pressing ahead with his marketing plans.

These include advertising on Sky TV for the first time to promote the group’s festive sale and advertising during three big Premier League football matches on Boxing Day.

He said: ‘The timing could be a lot worse as this has come at the quieter time of year, which is good. We’ll be going for it and see what happens.

‘We will be operating as we did during the second lockdown in Tier 4 affected dealerships and as normal in other Tier areas.

‘In November our aftersales performance remained resilient and although sales were down slightly click and collect did work for us.

‘It’s not normal but we were able to carry on trading.’

Gupta was on annual leave when the announcement was made and had delivered his last video update to colleagues saying he wouldn’t be updating them again this year ‘unless there were any dramas’.

‘I am preparing a video update for my colleagues now and will be telling them how we will operate.’

Robert Forrester, CEO of listed dealer group Vertu Motors tweeted that following the announcement by Boris Johnson tonight his affected dealers will be doing the same.

He said: ‘Following the latest urgent announcement, our London and Home Counties dealerships look to be impacted.

‘Service is not affected but sales will see a move back to click and collect and home deliveries. We are nimble and will let customers know the details soon.’

Hendy Group boss Paul Hendy told Car Dealer that the ‘priority has to be safety’ and added that everyone ‘must stick to the rules’.

He added: ‘We will be closing about a third of our dealerships, we hope this doesn’t cause our customers too much inconvenience.’

He admitted that ‘sadly the industry is used to lockdowns now’ and added that the fact the Tier 4 restrictions have come at a quieter time was a ‘small consolation’.

Big Motoring World boss Peter Waddell said all his car supermarkets were affected by the new Tier 4 rules, but he would still be ‘going at it hammer and tongs’, despite the closures.

He said: ‘We are very, very busy and we’re happy with our results. We were on target to sell 2,300 cars this month. Here we go again…’

Official government guidance released this evening has clearly identified ‘vehicle showrooms’ as being allowed to continue to operate click and collect, but they must close their doors.

The new restrictions were introduced after scientists warned of the rapid spread of the new variant coronavirus.

The Prime Minister announced that from Sunday areas in the South East currently in Tier 3 will be moved into a new Tier 4 for two weeks – effectively returning to the lockdown rules of November.

In the rest of England, the planned Christmas easing of the restrictions – allowing three households to meet over the festive period – will be severely curtailed to apply to Christmas Day only.

At a No 10 news conference, Johnson said he was taking the actions with a ‘heavy heart’, but the scientific evidence – suggesting the new strain was up to 70 per cent more transmissible – had left him with no choice.