The group chief executive, speaking on Car Dealer Live, said the £64.5m transaction had ‘so many facets that made so much sense to us’.

In the video, which you can watch at the top of this story, Gupta explained the deal not only allows Marshall to dramatically increase its geographical footprint, but also ‘grow its scale’ with existing manufacturers while also welcoming three new franchises to the business.

‘You’ve heard me talk many, many times over the years about how our strategy is to grow scale as a business, but not just scale for the sake of scale, we also want to grow with our key brand partners,’ he said.

‘This deal takes us to £3.23bn in a normal year, and effectively this scale will allow us to invest more in our central functions. In a normal year, you’d probably have around 22,000 new, used and demonstrators, so ultimately, this provides more choice for customers.’

He added: ‘It also enables us to invest further in marketing. You will have seen in the last 18 months or so we’ve been on TV with the football, rugby, cricket and darts – and that’s not cheap.

‘As you know, there have been a number of new entrants in the marketplace and they’re heavily investing, particularly with used cars – a £100bn market, eight million transactions and we want to be a group that’s relevant. We want to be in a position where we can go toe to toe and fight. That’s what scale brings.’

As for the brands that Marshall represents, the Motorline deal takes the number of Marshall Audi sites from 10 to 13, Volkswagen sites from 15 to 19 and Skoda from 12 to 15, for example. 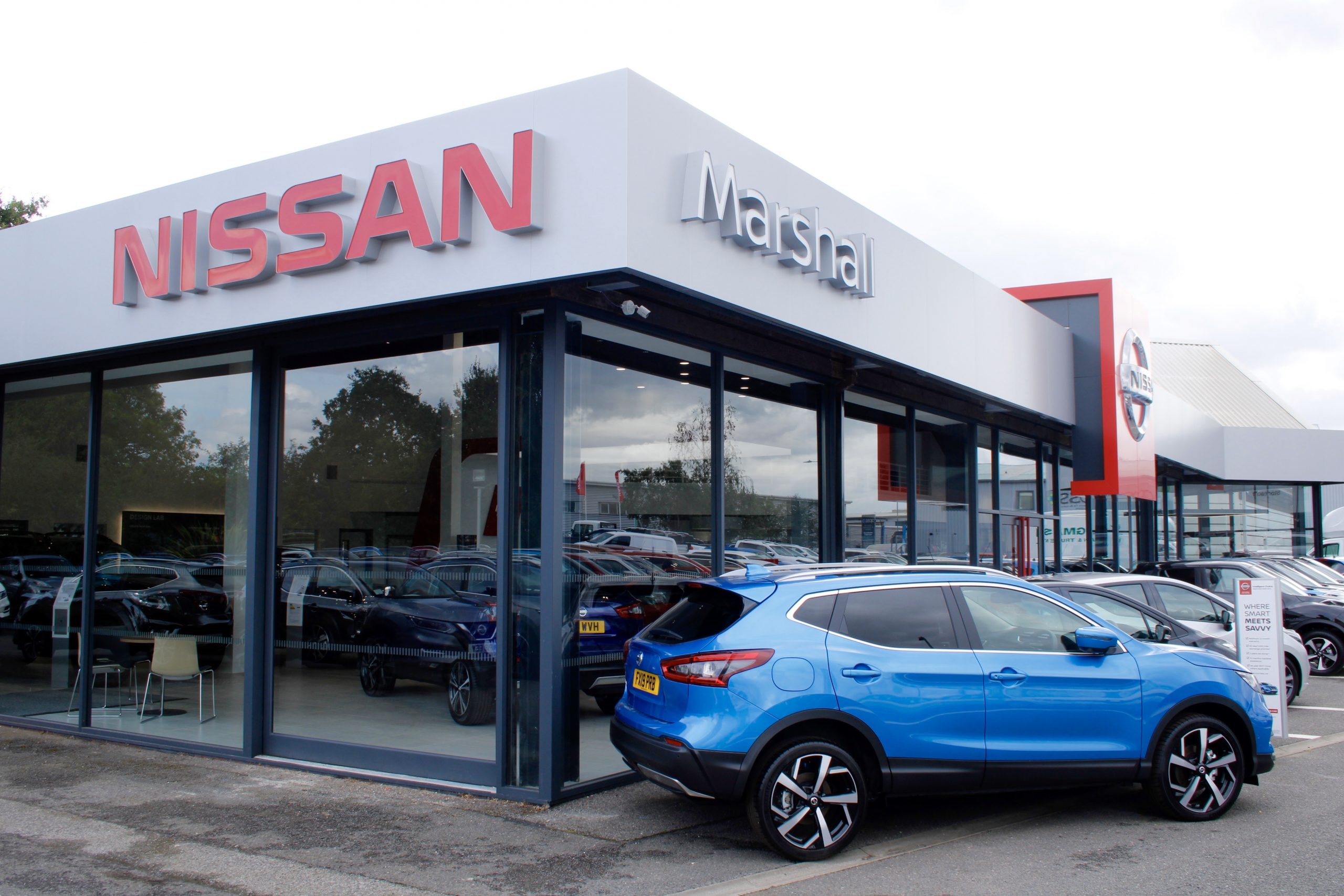 The deal includes just under 50 Motorline dealers, which will all be rebranded Marshall

Hyundai, Toyota and Lexus will also now join the brands that Marshall represents for the first time, and at a stroke Marshall takes four per cent of Hyundai’s and 7.2 per cent of Toyota Lexus’s market shares.

Gupta revealed that the £64.5m deal, which includes Motorline’s 48 sites and 1,500 employees, will see the Marshall name now extend from Kent to south Wales – the first time that Marshall has been represented in the country.

Also, all dealerships will be rebranded Marshall ‘as soon as possible’ to give Marshall’s 1.6m customers ‘confidence and the trust’ to deal with the business.

Motorline was founded in 1972 by Tom Obee and more recently has been run by his sons Gary, Glen and Thomas.

Conversations between Marshall and Motorline began months ago, said Gupta. ‘We had been looking at what types of transformational acquisitions we could do.

‘Back in March, I had heard it [Motorline] could be coming up for sale, so I rang Glen and I said, “Look, you just need to be aware there’s a rumour out there that this could be happening, and if you were interested in selling it then we’d be interested, and that’s really how the conversation started.’

Gupta added: ‘It’s a fantastic business and I am delighted that the transaction was off-market and Glen trusts us with the business.’

Also in the interview, Gupta speaks about new car supply, used car shortages and electric cars. Click the video at the top of the page to watch full interview.