Supercar salesman Tom Hartley says crazy demand for supercars is pushing prices up by 10 per cent.

The luxury car dealer – who is celebrating his 60th birthday and 48 years in the motor trade today – has given an exclusive video interview to Car Dealer Live.

In it he explains that there was a slump in prices at the end of last year, but since the start of 2021 used car prices have been steadily increasing.

Hartley says stock is increasingly harder to get hold of and he’s buying back cars for a premium that he sold in November and December.

In the video interview, which you can watch above, Hartley said: ‘Even the lower end cars – the bread and butter cars – there’s at least a 10 per cent increase in prices.

‘The supply and availability of these cars is very, very short. I don’t think I’ve ever known it shorter.’ 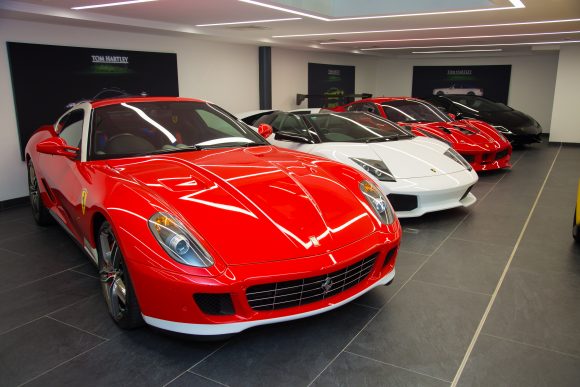 Hartley said the supercar market is so volatile at the moment that dealers can’t follow Cap prices – instead he has to go on his gut instinct on values.

‘There’s a market place and there’s us and we have enough contacts to assess prices ourselves,’ said Hartley.

‘[Price guides] can’t even keep up with these prices now.’

Hartley said finance companies have also made his life difficult over the last 12 months as they have taken an overly cautious approach to future values.

He said: ‘Finance companies in the last 12 months to date are not operating in the way they used to operate.

‘Getting finance is more difficult as they’re being more particular. 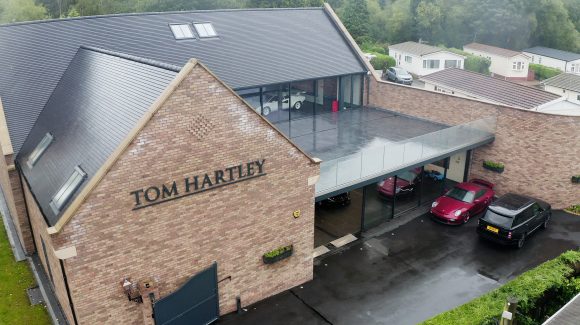 ‘A lot of our buyers now are old money customers, but I have seen a change in how quick people make a decision nowadays.

‘Rather than hesitate and take a week to make their mind up they’re actually doing it within minutes.’

Hartley said Ferraris are selling well, as well as Lamborghini and Porsche models.

‘Everything is strong at the moment – it’s all in demand,’ he said.

Hartley said Ferrari’s latest SF90 is starting to increase in popularity. He bought his latest one at a ‘substantial discount’ and has just sold it at list price to a customer.

‘If you go to a Ferrari dealer they’ll tell you they are sold out for six to 12 months, so I don’t know what is going on,’ said Hartley.

In the new video, Hartley also gives his thoughts on Ferrari’s demands that customers buy certain models so they can get access to others. Something that he says can cost customers ‘£50,000-£100,000 in 12 months’.

Hartley, who runs his dealership from his home ‘estate’ in Derbyshire, has managed to continue to buy cars, but he refuses to give up his secret sources. 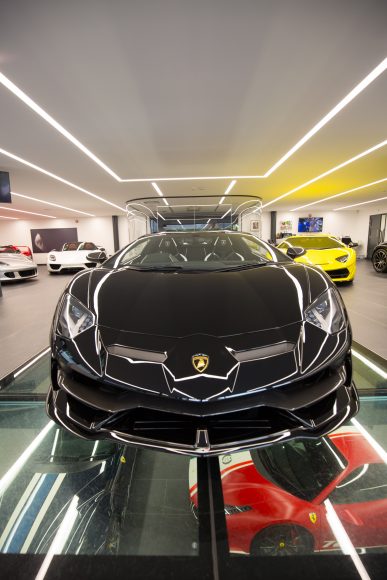 He added: ‘It could be on the High Street, a restaurant, or in the swimming pool – if you’ve got a car I want and I want to buy it, I’ll approach you and probably buy it.

‘Over 48 years we’ve obviously built up a great client base and we have a lot of repeat business. Even if we didn’t have a new customer come in today we could get by successfully with our current client bank.’

Hartley talks through some of his current stock which includes a Ferrari LaFerrari Aperta – up for £3.5m.

‘Sometimes guys call up, you have a two minute conversation and they buy these cars like that,’ explains Hartley. 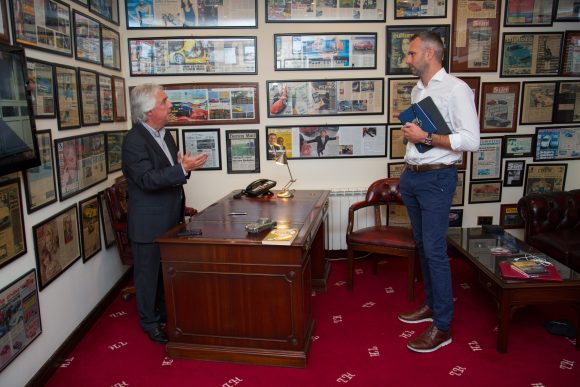 Last year, Tom Hartley showed us around his estate

‘But that process is part of what 48 years in business helps you do. You have to be established and have a good track record for things to happen that quickly.’

Hartley says McLaren is ‘not his favourite supercar’ and reveals he was ‘never a fan’ of the P1.

‘I’ve had more problems with McLarens over the years than any other supercar I’ve sold,’ said Hartley.

‘But I do believe they have got their act together now. But they’re not Ferrari and they’re not Porsche.’