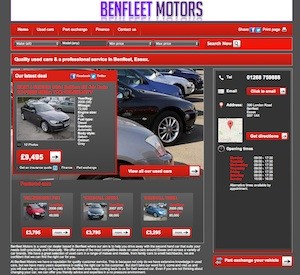 Car dealer ordered to pay £6k for displaying too many cars

A CAR dealer has been ordered to pay almost £6,000 after he was taken to court for breaking the planning rules.

The owner of Benfleet Motors in Basildon, Essex, Bruce Paterson, was prosecuted by Castle Point Council after exceeding the limit for the number of vehicles on display at the premises, which should be no more than 10.

According to the local Echo newspaper, Paterson pleaded guilty to a charge of contravening a planning condition under the Town and Country Planning Act 1990 at Basildon Magistrates Court.

The court heard it was his fourth conviction for the same offence.

Council leader Pam Challis said: ‘This sends out a stern message to anyone in the borough who continues to flout planning rules.’