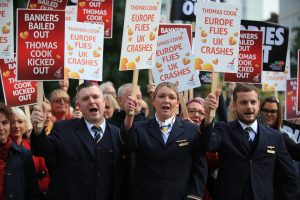 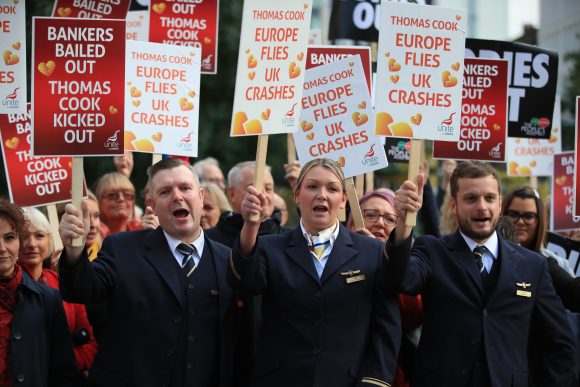 A CAR finance company is offering 100 jobs to Thomas Cook staff after last week’s collapse of the holiday firm.

Car Finance Giant founder and chief executive Khusro Kamal posted the offer on LinkedIn, saying the business was ‘hugely saddened by the closure of Thomas Cook and the effect upon those people working for them’.

He wrote: ‘We are in a position to offer various positions from sales to administration roles and would be very interested to hear from Thomas Cook people.’ Jobs in customer service and marketing are also among those available for those affected by applying to Barry Francis via [email protected].

Kamal told Car Dealer Magazine: ‘When Thomas Cook went into administration, all the executives gathered to see how we can help, and the only option was to bring forward our March expansion plans.

‘We had to put a lot of brains together to get it structured correctly and now here we are with our doors open for all those people.’

Dozens of former employees of the holiday firm – some wearing their old uniforms – protested outside the Conservative Party conference in Manchester today and urged ministers to ‘pay us now’ after they didn’t receive their wages. Around 9,000 staff in the UK were left jobless when the business failed to secure a last-ditch rescue deal.

Mayor of Greater Manchester Andy Burnham led calls outside the conference venue in the city for the government to give former staff their unpaid wages and redundancy packages.

He told the PA news agency: ‘Thousands of people in Greater Manchester woke up last week to the news that they didn’t have a job, and today they were expecting a pay cheque and of course it has not arrived.’

Asked what the government needed to do to help the workers, he said: ‘Get payments made without any delay – so that’s both unpaid wages and redundancy, which is obviously a statutory service.’