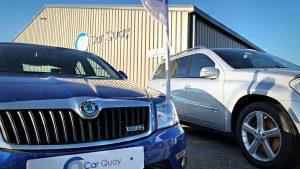 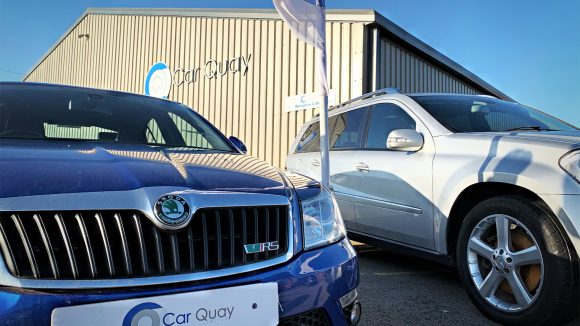 Award-winning used car dealer Car Quay is urging traders to watch out for thieves after a Mercedes worth nearly £7,000 was stolen from its premises.

Matthew Barker, described by a judge as a ‘professional car thief’, entered Car Quay’s premises on November 2, 2020, took the keys to the Mercedes and handed them to an accomplice waiting nearby, reported the Derby Telegraph.

The second man has never been caught but Barker, 46, who had not long been released from a previous sentence for stealing cars, was arrested.

Handing down the sentence at Derby Crown Court, Judge Jonathan Bennett said: ‘You could really be described as a professional car thief.

‘You are a complete menace when it comes to other people’s vehicles. You were on licence for conspiracy to steal cars when you committed this.

‘You travelled to the Derby area, there is someone else involved and you have gone back to your old ways. You have an absolutely horrendous criminal record.’

The court was told how Barker had previously bought a BMW from Car Quay but contacted the business on October 4 to say the car’s engine had blown and he wanted a replacement.

Car Quay agreed and gave him another vehicle while the BMW was repaired, but Barker contacted the dealership again to say this vehicle also had problems, according to the Telegraph. 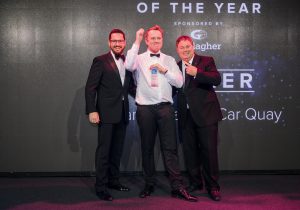 Lauren Butts, prosecuting, said: ‘On November 2 he brought that car back and while staff were looking at it he was captured on CCTV walking into the showroom and taking two sets of keys from the box where they were kept.

‘He then walked out and approached a second man who was around the corner pacing up and down. He was seen to hand that man something and then gesture to him towards a silver Mercedes.’

Barker, of Murray Close, Broughton Astley, pleaded guilty to one count of theft and answered ‘no comment’ to questions he was asked.

Butts said the offender had 36 convictions for 107 offences to his name, of which 61 were theft or similar and many of which were for stealing vehicles.

Steve Gosnell, mitigating, said that since his client was released from his last prison sentence, he had been working as an HGV driver delivering supplies to hospitals and supermarkets during the coronavirus pandemic.

‘He was also commended for his bravery at the scene of a road traffic collision involving two men in their 20s where he did what he could to save them,’ he added.

Car Quay owner Jamie Caple told Car Dealer today (Jan 18) that the experience had resulted in the business changing the way it operates, and warned dealers to be vigilant.

‘As a trusting family business this incident shook us all and has changed the way we now operate our business,’ he said.

‘You hear of people being burgled and feeling violated but until it happens you never actually know how it feels.

‘That sense of unease and slight worry sadly stays with you. Thankfully, the team have adapted and our insurance brokers Towergate were magnificent in dealing with the issue and we were settled within seven days of the incident.’

Caple, who was named Dealers’ Dealer of the Year in the 2019 Car Dealer Used Car Awards, also had words of advice to other dealers about their premises.

‘Look at your access points, your keys and where “customers” are allowed and always remain vigilant, as opportunists are a stain on society and will always exist and want to take away the things you’ve worked so hard to attain.’