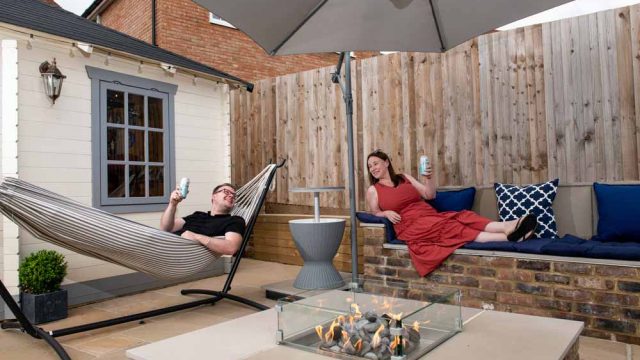 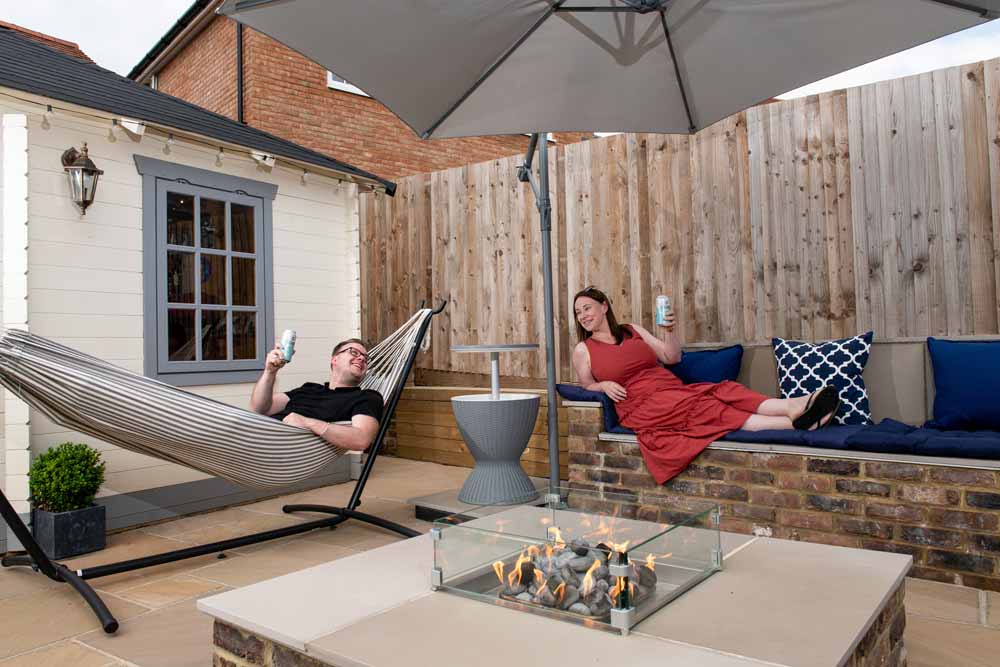 A car salesman and his wife who spent £7,000 redesigning the garden at their new home found they’d inadvertently built the spitting image of the one on Love Island – despite never having seen the hit ITV show.

Aaron Thomas, who’s a sales executive at Porsche Centre Tonbridge, and his healthcare assistant wife Joanna spent hours on the internet looking for ideas, which they then showed daughters, Lexi, nine, and Ava, six.

But the family – who have won a national competition with their transformation – were all oblivious to the fact they’d created a replica Love Island set at their Rochester home.

It has an outdoor seating area and firepit, and Joanna said: ‘We were completely baffled. When we invited our friends over to see the garden, they kept commenting on how much it looked like Love Island.

‘They were all joking, standing up in front of the firepit and saying, “Tonight, I’d like to couple up with…”

‘Aaron and I were totally lost, because we’ve never even seen Love Island.’

The couple moved into the property in August 2020 and even built a mock pub, which they called The Mulberry Arms, in the garden as well.

Aaron said: ‘The kids absolutely love what we’ve done. It’s become a trend now that every Saturday night they tell me they’re going down to the pub.’

He added: ‘They shower, put their dressing gowns on and we’ll go down and play cards at the bar.

‘They’re even learning to play darts. Teaching a six-year-old to play darts is quite scary, but it’s a lot of fun.

‘Even though we haven’t left the house, it still feels like a night out.’

He added: ‘It’s a space that we can enjoy as a family, so we’re all thrilled with it.’

Joanna said: ‘Aaron’s always wanted a pub in the garden and, with being in lockdown and on furlough, we started getting ideas.

‘We had a lot of time to plan properly and decide on exactly what we wanted.

‘We got quotes from various places before picking a builder to come round and install the seating area and firepit, which cost around £3,000.’ 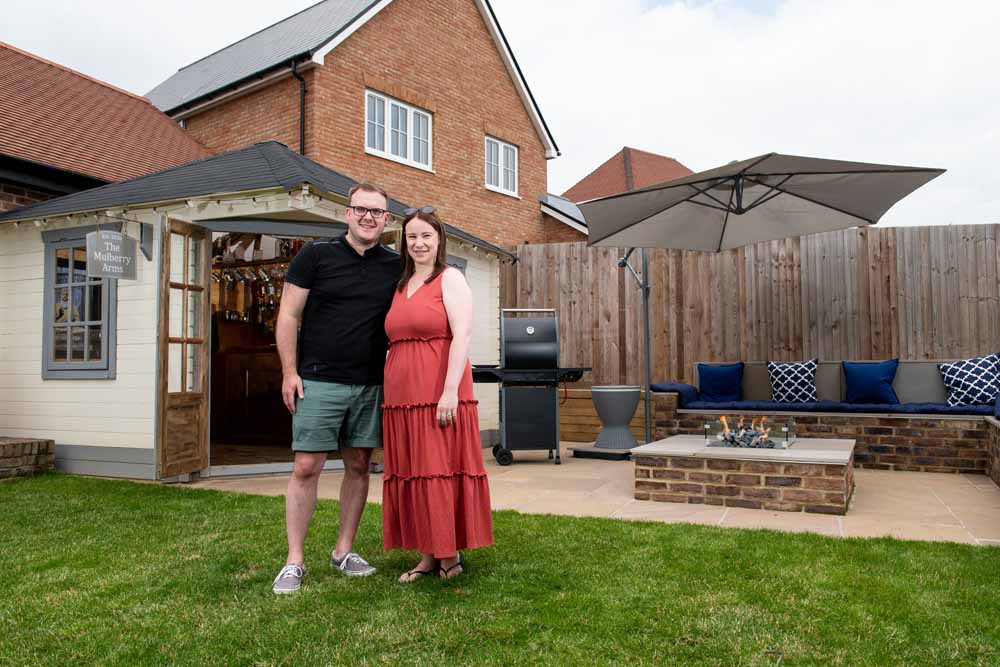 They got the framework of their shed-come-pub from Holland and enlisted family and friends to build the bar, saving on costs.

‘Kitting it out probably cost us less than £100,’ said Joanna.

‘We were thrilled with the finished product. The garden cost us £7,000 in total but it would have been £2,000 more if we’d paid someone to make the bar.’

The couple’s interest was piqued further when a pal told them about supermarket Aldi’s Raising The Barbeque competition to find the nation’s most creative DIY renovators showcasing their outdoor havens.

Their efforts netted them £1,000 in vouchers for the store after winning the contest.