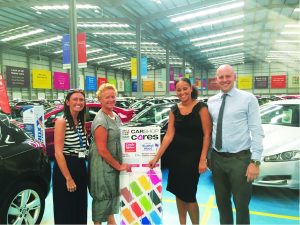 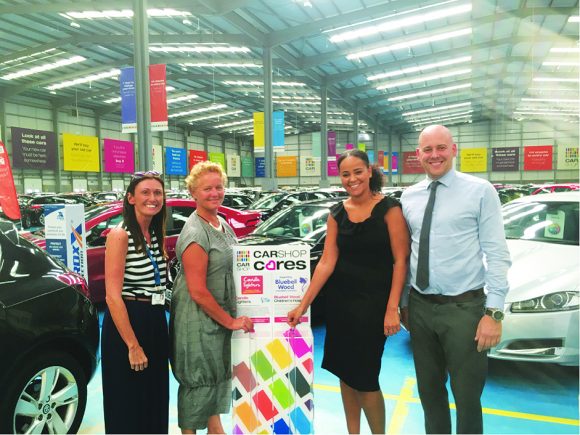 AWARD-winning car supermarket CarShop has launched a new fund-raising programme aimed at supporting good causes up and down the UK.

The company has launched the ‘CarShop Cares’ charity programme in a bid to consolidate its charity efforts, and really bring to life all the great fund-raising work currently taking place across the company.

The charitable efforts will all go to worthy causes supported by Make Some Noise, the official in-house charity of Global, the media and entertainment company, and the name behind such well-known radio stations as LBC, Smooth Radio and Classic FM.

Make Some Noises supports ‘small but brilliant charities across the UK’ which help youngsters and their families living with illness, disability or facing a lack of opportunity.

When it was awarded the Investors in People Silver Standard recently, CarShop’s strategy to align corporate and individual charity goals prompted a number of significant changes.

It was decided that the business would donate £1 for each of the 25,000 cars it sells annually to the CarShop Cares programme.

It was also revealed that there would be an annual budget to support fundraising events and initiatives throughout the year.

And every staff member now has the option to take an additional paid day off, on top of their annual leave entitlement, to support charity work.

Last year, Make Some Noise awarded more than £1.4million to projects across the UK and this year they’re supporting 33 charities with the aim of raising even more money.

Leo Nelson, CarShop’s marketing director, said: ‘We’re very much looking forward to uniting as one team in support of the CarShop Cares programme.’

Global spokeswoman Emma Bradley commented: ‘We were absolutely delighted when CarShop announced that they had chosen Global’s Make Some Noise as their first ever CarShop Cares Charity of the Year.

‘We’re so pleased to be working with them in this exciting new partnership and can’t wait to see what fantastic fundraising ideas they come up with.

‘On behalf of all the children we support, I’d like to take this opportunity to say a massive thank you to all of CarShop’s employees, and wish them the very, very best with their fundraising this year.’

MORE: Why it’s back to the future for MG in Oxfordshire