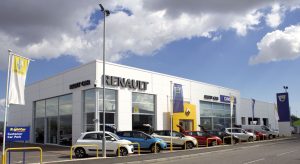 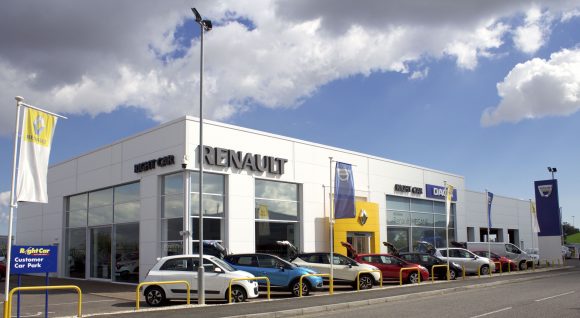 AFTER achieving impressive results with its Renault and Dacia dealership in Hull, Right Car has increased its investment in the Groupe Renault UK franchise with the opening of a new showroom in Grimsby.

One of the area’s best-known automotive groups, Right Car has invested more than £350,000 in transforming what was one of its pre-owned car outlets into the cutting-edge new dealership.

Occupying a 2.5-acre plot, the new facility features a spacious nine-car showroom that has been extensively refurbished to include the innovative Renault Store showroom design with its iPad-equipped ‘brand bar’. There are also engaging displays, EV charging points, a 15-bay workshop and sufficient space to display more than 300 pre-owned vehicles.

The opening has created a further 10 jobs, taking the Right Car Renault and Dacia team to over 40.

The new positions include the appointment of a fleet manager, as Right Car believes that such models as the new Mégane, Clio and Kadjar models, together with the LCV range that consists of the Kangoo, Trafic and Master, represent an attractive proposition to local business users.

Right Car’s latest dealership comes at a time when Groupe Renault and its dealer network are enjoying unprecedented growth in the UK. Renault enjoyed an excellent year in the UK in 2015 and the dealer network has been bolstered with both the addition of new partners and existing ones expanding.

Shaun Kamis, managing director at Right Car, said: ‘From a ‘‘cold start’’ we have never experienced anything like the level of success as we have with our Renault and Dacia dealership in Hull, so when we had the opportunity to re-establish the brand in Grimsby, and also knowing the support that we have received from the manufacturer, it was a natural progression for Right Car.

‘For us, Renault and Dacia are a perfect fit. Based on what we have already experienced and what we are seeing, the Groupe Renault franchise is one that we can definitely grow with.’

MORE: Six weeks to go – so get nominating in the 2016 Used Car Awards!