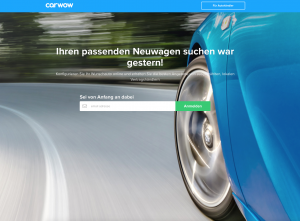 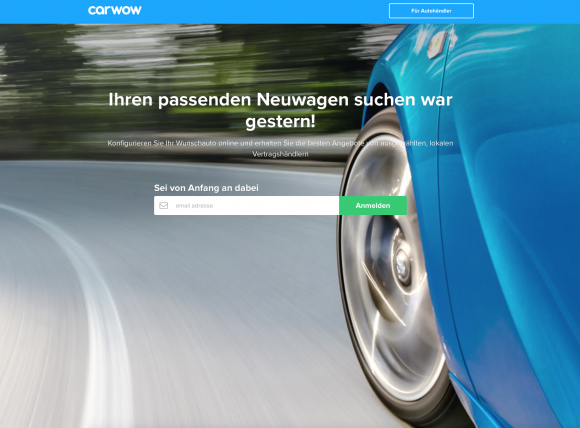 CARWOW, the online car-buying platform that has revolutionised the way people buy new cars in the UK, is preparing to launch in Germany.

The announcement marks the first territory the business has expanded into outside of the UK, with the CEO of Carwow in Germany named as Philipp Sayler von Amende, a German automotive entrepreneur with more than 12 years’ experience in the sector.

The launch of www.carwow.de in Germany follows the success that the platform has experienced in the UK since its launch in 2012. The founders have, to date, raised more than £18m-worth of funding.

Amende was previously senior vice president at TrueCar, a leading automotive online platform for new car buying in the USA. Prior to that he worked for the World Economic Forum managing automotive key accounts and supporting the agenda for Davos and other summits.

Carwow now has one million users in the UK and has so far driven more than £550m-worth of sales for car dealerships.

James Hind, founder of Carwow, said: ‘We can’t wait to see what response we get to carwow in the German market. Many people consider Germany to be the home of the car and with so many of the big manufacturers based there, it’s easy to see why.’

Amende added: ‘Carwow has shown with its fantastic platform in the UK that taking the friction out of the process and making it more transparent is a recipe for success.

‘German dealers and consumers will love the new car buying experience. I am excited to drive this evolution.’