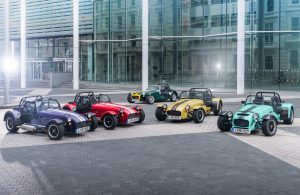 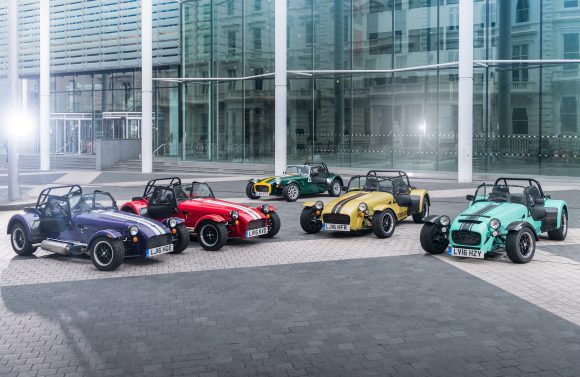 Based in the heart of Scotland’s capital, Edinburgh, the new retailer will be operated by the Leven Motor Company, which also represents premium brands Rolls-Royce and Aston Martin.

The second new site is based in a new showroom just a few minutes from British Grand Prix circuit Silverstone. Run by the existing Lotus Silverstone retailer, the addition of the Caterham franchise will build further on the business’s already long-standing reputation as one of Lotus’s top retailers in Europe.

Both are now open for business, with official launch events for customers planned for April. Their appointment brings the number of retailers in Caterham’s network to five – with the others in Northwich, Chipping Sodbury and Crawley – and ensures an equal geographic coverage to satisfy growing customer demand for the brand.

Caterham Edinburgh and Caterham Silverstone will sell the full UK range of lightweight sports cars, as well as offering a full range of aftersales products including service, warranty, and parts support.

Graham Macdonald, chief executive at Caterham, said: ‘As a proudly British brand, the UK market is very important to us. It’s our biggest market ahead of France and Japan, and we want to make sure that we are serving as many of our home customers as possible.

‘The appointment of a Scottish retailer is a particularly pleasing development for me. As a Scotsman myself, I know that the driving routes north of the border are among the finest and most spectacular in the world, so I hope that we will be able to inspire a whole new audience of motoring enthusiasts with the new appointments.’