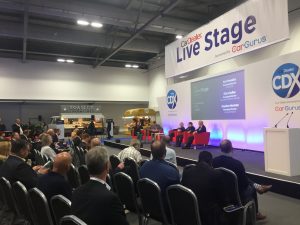 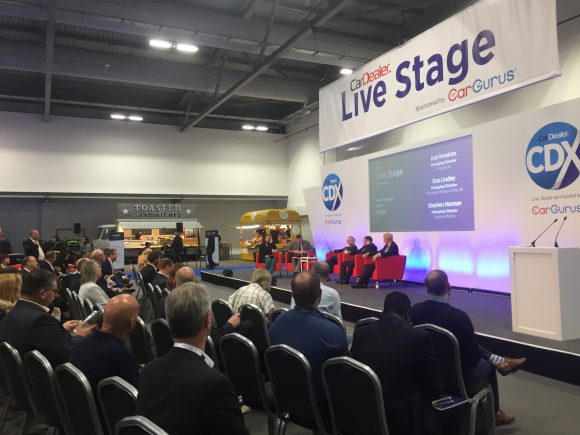 CDX 2019: Have brand-specific gin palaces had their day?

THE downsizing of dealerships in the UK is long overdue and we have a lot to learn from continental Europe, Vauxhall boss Stephen Norman told the audience at the CDX Live Stage today.

Norman, the recently appointed managing director of Vauxhall in the UK, was speaking alongside Citroen boss Karl Howkins and Rob Lindley, who heads up Mitsubishi’s operation in the UK, on the manufacturer panel.

Discussing the situation across the Channel, Norman said: ‘The retail motor trade hasn’t deserted the city centres – in fact, it’s gone back into the city centres, but in one- or two-car showrooms.

‘The fact that dealers are indispensable and need to keep investing, I don’t think there’s any question about that.’

Norman did, however, make a point about ‘some of these gin palaces that we see going up’.

He said: ‘We mustn’t ask dealers to invest in something that is brand-specific. In Vauxhall, we have some things called brand centres – and all they’re good for is to be brand centres for Vauxhall. I don’t know what sort of arrogance was behind that decision but you certainly couldn’t afford to do that today.’

Turning to the way customers buy cars, Norman told the delegates at Farnborough International Exhibition & Conference Centre: ‘I think the customer has already changed. And I think that by the time we as manufacturers get to realise it, and we implement standards, it’s too late.

‘The first thing that changes is what the customer wants to do, which is buy online, have the seamless journey and all these other things. The dealer then sees it because he’s seeing the changing ways in which the customer wants to interact, and finally, we wake up to it, and thanks to our suppliers, we get round to doing it. By then, however, we’re probably five to ten years out of date.

‘Today, we’re still optimising a website which came in in the 1990s, and yet the customer sitting at home probably wants to say: ”Alexa! I want to test-drive the Fiesta, the Polo and the Corsa tomorrow morning.”

‘Do you think we’re going to have a dealer who is going to be able to respond to that? Have we hell!

‘So, we are absolutely light years behind the customer.’

Echoing Norman’s comments, Howkins said: ‘We are behind the curve but we’re constantly trying to keep up with the pace. There are industries that are far in front of the automotive business now in terms of customer experience and touch points.’

And turning to the topic of online retailing, Lindley said: ‘We’ve been doing it for a while now with Mitsubishi Buy Online. I think probably it’s a manufacturer-led thing in the first instance, particularly in respect of new cars. It’s not a small investment to develop the platform and develop the infrastructure. Fundamentally, it should be a manufacturer-led approach.’

MORE: Vauxhall returns to profit for first time in 20 years