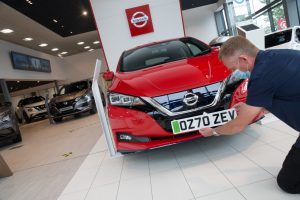 The chancellor is considering introducing a road pricing scheme for motorists over concerns a switch to electric cars will leave the government £40bn out of pocket.

The government will announce the bringing forward of the 2035 ban on pure petrol and diesel cars to 2030 this week, but there are fresh concerns that forcing drivers to go electric will create a £40bn shortfall in vehicle exercise duty (VED), or ‘road tax’.

A paper from the Treasury has been presented to the chancellor Rishi Sunak outlining what a new national road pricing scheme could look like, according to The Times.

The paper quotes one source who said the scheme was ‘not imminent’ but plans were being considered.

But the government has been here many times before, says the AA, with the organisation calling for a more imaginative solution.

Edmund King, AA president, said: ‘While the push toward electric vehicles is good for the environment, it is not good for the exchequer.

‘The government can’t afford to lose £40bn from fuel duty and car tax when the electric revolution arrives. It is always assumed that Road Pricing would be the solution but that has been raised every five years since 1964 and is still perceived by most as a “poll tax on wheels”.

‘We need a more imaginative solution and have proposed ‘Road Miles’ whereby every driver gets 3000 free miles, with one third more for those in rural areas, and then a small charge thereafter.

‘Combined with commercialising the roads with an adopt a highway scheme with naming rights such as the Minecraft M1, Manchester Utd M6 or Adidas A1, this should be prove a more popular solution.’

Some industry voices are saying the bringing forward of the original 2035 date doesn’t go far enough in supporting drivers to make the switch.