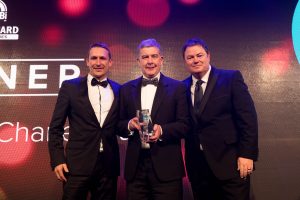 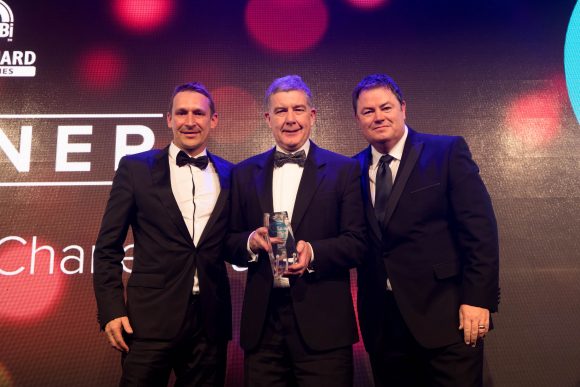 The dealer, based in Northern Ireland, manages a 30-acre site where he overseas 16 individual dealerships. He began his career as an apprentice but swiftly moved up the ranks due to his commitment and aim to always keep the customer happy.

McNab had made the long journey to attend the awards ceremony but was completely stunned when he was called up to receive the trophy.

He told Car Dealer Magazine: ‘I’m completely shocked and humbled. I had absolutely no idea I would get this award and I just really can’t believe it. I’m still trying to take it in.’

He added: ‘I was thinking I’d try and get an early night but now I’ve got this we need to celebrate!’

Mike Brewer commented: ‘Our winner tonight has been described as the nicest man in the car dealer world. After me of course!

‘Starting out as an apprentice in a workshop, he was soon persuaded to try sales and it’s fair to say he hit the ground running. By the time he was 25, he was in charge of his very own Renault dealership, and by 29 he had become a franchise director.’

The Used Car Awards took place last night (November 28, 2016) at The Brewery in London, to a crowd of around 600 motor industry representatives.

On SuperUnleaded.com: Woman Rides On Flatscreen TV In Car