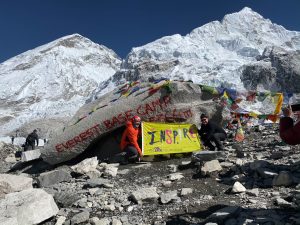 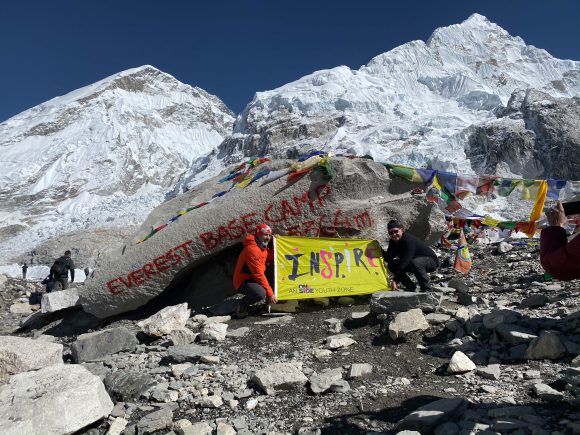 CHORLEY Group founder and chairman Andrew Turner has completed his epic climb to Everest Base Camp – and raised £59,000 for a youth charity.

The 59-year-old, who had no similar hiking experience but had trained hard, said it wasn’t just tough – it was ‘more horrific than I ever could have imagined’.

Turner, who made the gruelling 14-day trek for Inspire Youth Zone Chorley, which gives youngsters opportunities and chances in life, said: ‘It was far more challenging. I struggled both physically and mentally, and there were times when I thought I shouldn’t even be there.

‘The kids had given me letters to open each day and that kept me going. When we first flew from Katmandu to start the hike we were told the cloud was too heavy and we might not be able to do it at all. I knew that I’d promised these kids I would be doing this, so I said we’d have to do whatever it takes to make it happen.’

Having arrived to find all of his fellow trekkers were far more experienced, the reality set in.

‘There were times when I thought I physically couldn’t make it, though. As we got higher, the altitude sickness was unbearable and at times I was having to take three breaths for every one step.’

However, while some of his party were unable to make it to base camp, Turner pushed on to reach the 5,364m target – Everest is 8,848m high.

The original aim was to raise £25,000 for Inspire Youth Zone Chorley but the team at Chorley Group, one of the largest Nissan retailers in the north-west of England, more than doubled that.

Andrew Turner is pictured right at Everest Base Camp

MORE: Chorley Group chairman gets ready for climb of his life to help youngsters

MORE: Pauline goes from Chorley to China with MG