England is being placed in its third national lockdown, the prime minister has announced.

It means that non-essential retail such as car showrooms must shut, although click-and-collect is being allowed where vehicles have been ordered and are being collected off the premises. Delivery services are allowed as well.

In a televised address to the nation this evening (Jan 4), which you can watch above, Boris Johnson said people can only leave their homes to shop for necessities such as food and medicine, and as infrequently as possible.

People must stay at home and only go to work if it is impossible to work from home.

Exercise is allowed – ideally just once a day – with household members or support bubbles or another person from another household, for example, going for a walk or run.

The new lockdown is expected to last until the middle of February, with police being given enforcement powers.

All primary and secondary schools and colleges are to move to remote learning, except for children of key workers or vulnerable children.

Restaurants and other hospitality venues can continue to offer deliveries or takeaways, although people won’t be allowed to add alcohol to their orders.

The prime minister’s statement came after the chief medical officer for the first time raised the UK to Level 5 – the new highest – on the Covid-19 alert system. 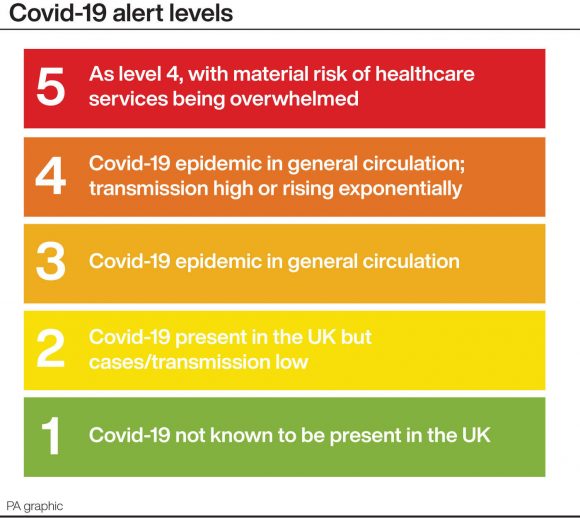 Johnson said the new variant of the virus, which is up to 70 per cent more transmissible, was spreading in a ‘frustrating and alarming’ manner.

He also warned that the number of Covid patients in English hospitals was now 40 per cent higher than during the first peak.

‘As I speak to you tonight, our hospitals are under more pressure from Covid than at any time since the start of the pandemic,’ he said.

And as an indication of how serious things are, he reintroduced the mantra ‘Stay home. Protect the NHS. Save lives’.

Stay at home. Protect the NHS. Save lives. pic.twitter.com/PUN79POzAw

But Johnson also offered hope, referencing the vaccination programme when he said: ‘The weeks ahead will be the hardest yet but I really do believe that we’re entering the last phase of the struggle, because with every jab that goes into our arms we’re tilting the odds against Covid and in favour of the British people.’

England’s regions have been progressively placed in Tier 4 – shutting non-essential retail – since December 20, when the new tier structure came into effect and the fourth one was the highest level.

Seventy-eight per cent of England’s population was in Tier 4 by the end of 2020, but now the whole nation will be in lockdown. 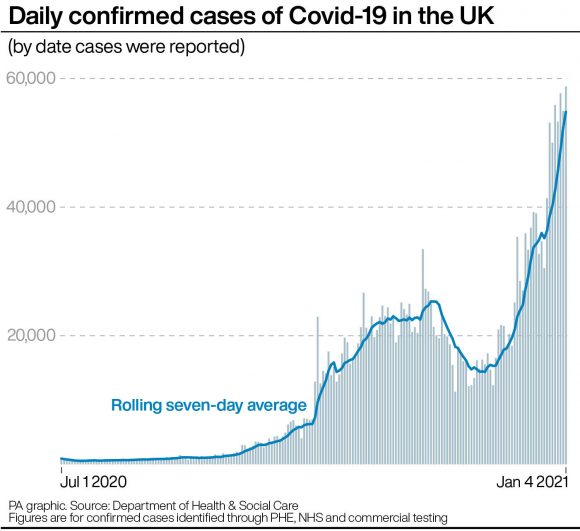 The move is expected to become law on Wednesday when MPs are called back from recess, but people have been told to follow the new rules as of the prime minister’s statement on January 4.

Scotland is entering a national lockdown as of midnight tonight (Jan 4) for the whole of January, as reported earlier today by Car Dealer.

In addition, Wales’s education minister Kirsty Williams has said that all schools and colleges there will move to online learning until January 18.

Northern Ireland, meanwhile, is in the second week of a six-week lockdown that has closed non-essential retail.