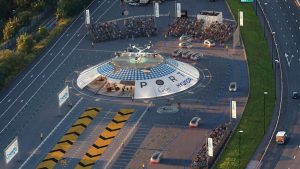 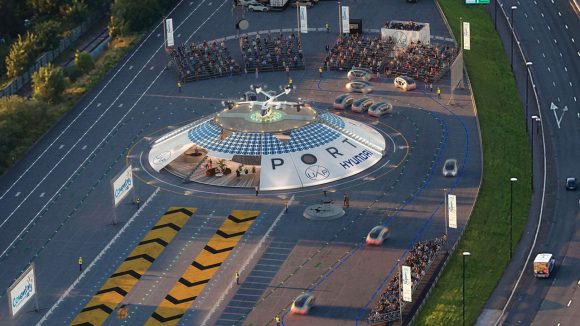 Coventry has been selected as the city to host the world’s first air hub for flying electric cars and delivery drones in a partnership with Hyundai.

The facility will be called Air One and it plans to offer a landing location for air taxis and autonomous delivery drones known as electric Vertical Take-Off and Landing (eVTOL) aircraft.

The site, which is being developed by the company Urban Air Port, is set to be unveiled later this year during the Coventry City of Culture celebrations.

It comes after the project was awarded a £1.2m government grant by the UK Research and Innovation’s Future Flight Challenge (RIFFC), and is expected to attract match-funding from the commercial sector.

Developers are hoping the new hub will be the first of up to 200 such sites to be built in cities across the world over the next five years.

Hyundai is planning to develop its own eVTOL and hopes to have commercialised a flying car by 2028.

Urban Air Port said it had picked Coventry because of its central location, meaning travellers could access most parts of the UK mainland within four hours, and because it was a ‘historic hub’ for the automotive and aerospace sectors. 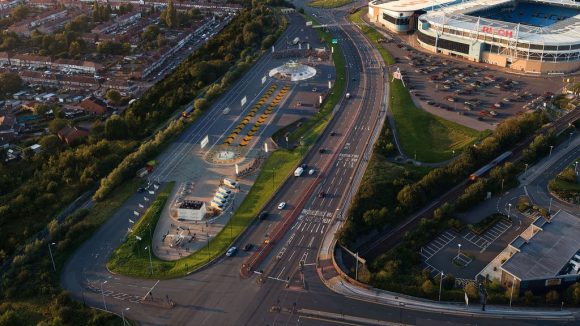 The city was named the best town in mainland Britain for plugging in electric cars in December 2020, and has been mooted as one of the first potential locations in the country for a gigafactory, building batteries for electric vehicles.

He added that the new hubs would ‘help the UK to take the lead in a whole new clean global economy’.

‘Flying cars used to be a futuristic flight of fancy. Air One will bring clean urban air transport to the masses and unleash a new airborne world of zero emission mobility,’ he said.

Pamela Cohn, of Hyundai Motor Group, said ‘development of supporting infrastructure is imperative’ for eVTOLs, adding that the carmaker was ‘excited’ to be part of the project.

Gary Cutts, RIFFC director, said the hub technology had the ‘potential to revolutionise cities across the world’, while also boosting the green economy.

‘This project epitomises the purpose of the fund,’ he said.

‘It is innovation at its finest and will help to position the UK at the vanguard of electric urban air mobility.’

Jim O’Boyle, Coventry City Council cabinet member for jobs and innovation, said: ‘We are already a city that is helping to shape the future of electric transport and this is yet another groundbreaking project that puts Coventry at the forefront of new technologies.

‘It highlights how the council is working alongside a range of organisations to help shape a better, greener future.’