Home > News > Cricket balls, toilet cisterns and potatoes: The most unusual causes of motoring accidents and insurance claims in 2020 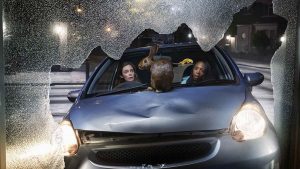 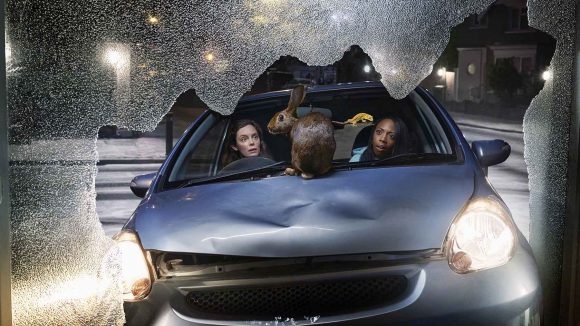 Cricket balls, toilet cisterns and potatoes: The most unusual causes of motoring accidents and insurance claims in 2020

Car ownership is often simple but we all know that sometimes things can go wrong out on the road.

However, in 2020 car insurer Aviva was sent some very unusual claims from its customers.

From accidents involving unusual objects falling from the sky to drivers being startled by insects, these are the strangest claims the insurer paid out for.

One customer encountered an oncoming tractor pulling a trailer of potatoes. The potatoes flew off the trailer and the policyholder’s car was bombarded.

When reporting the incident he commented: ‘There were no injuries but there were some chips from where the potatoes hit the car.’

Another policyholder braked to avoid a hen on the motorway, only to be hit in the rear bumper by another car.

A spider ran up the leg of a policyholder while driving, which caused her to bump into a parked vehicle.

In another incident, a drone hit a customer’s house and knocked off a roof-tile. The roof-tile and the drone then both fell onto their car below and damaged the vehicle’s door and roof.

One policyholder was waiting in their vehicle outside a cricket club when a cricket ball flew out of the ground and dented the bonnet. The club added that this was the third time that week this had happened.

Aviva assisted another customer after their car was struck by a toilet cistern that fell from a passing truck.

And finally, in a very unique set of circumstances, a customer said they spilt a can of cola in their car boot after being startled by a wasp.

The sticky liquid then seeped into the vehicle’s electrics, causing damage to the audio and sat-nav system.

Gareth Hemming, MD of personal lines for Aviva says: ‘From the everyday unusual to the downright bizarre, we encounter all sorts of claims from our customers – the kinds where people say ‘you had to be there!’

‘Insurance is designed in case of the unforeseen and unexpected – and as our claims experience shows, we see plenty of situations which couldn’t have been predicted!’