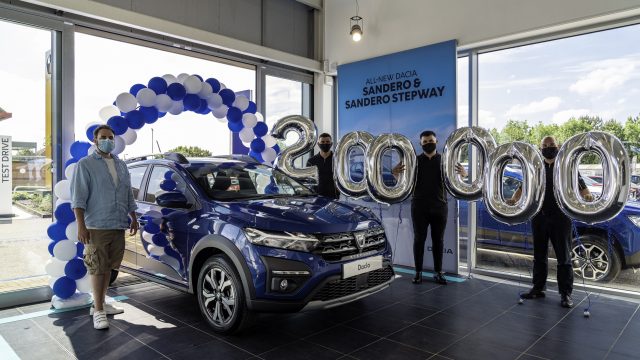 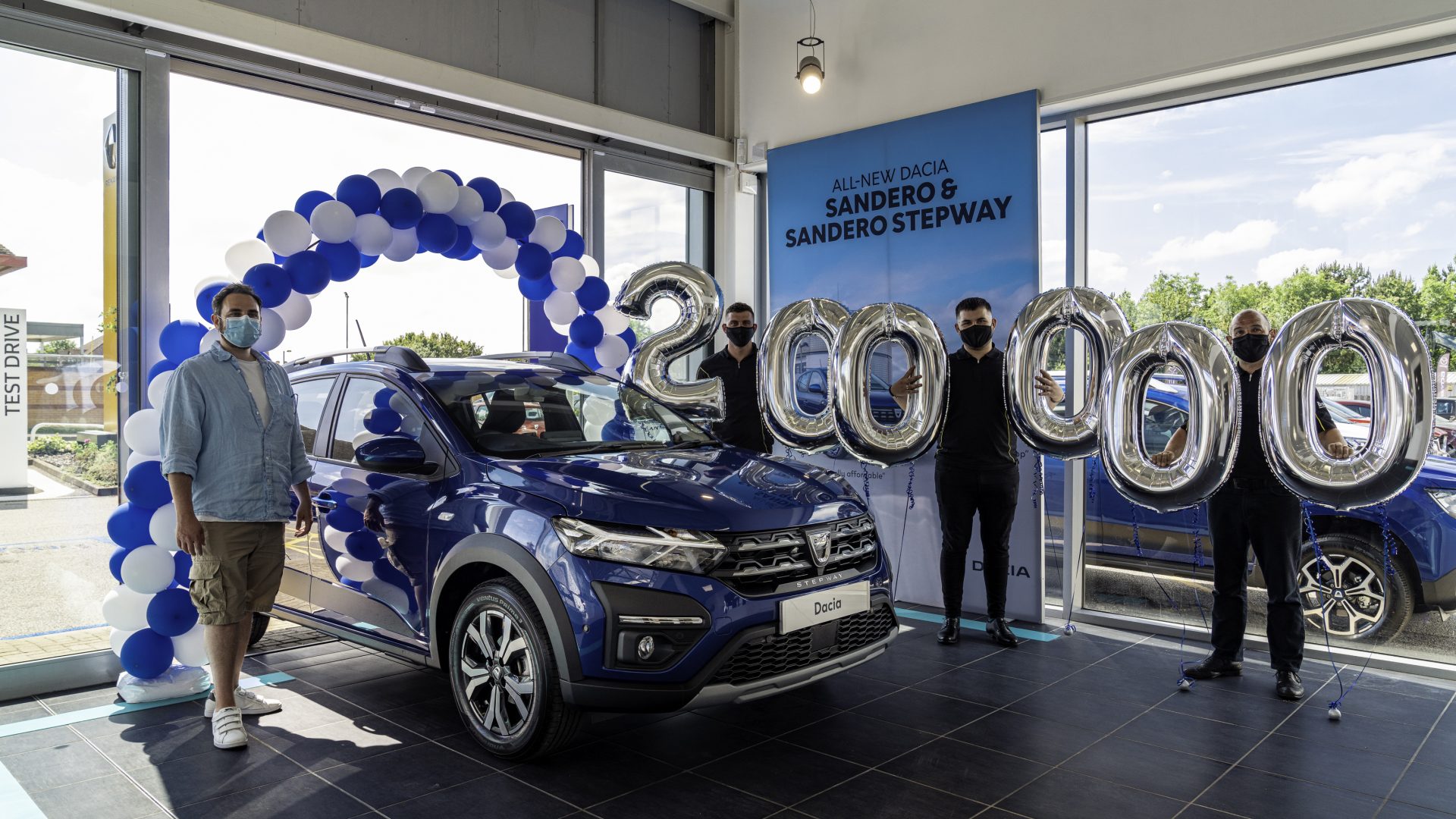 Bosses at Dacia are celebrating after the manufacturer sold its 200,000th car in the UK.

The Romanian firm arrived in Britain eight years ago with its range of cheap and cheerful cars and has continued to grow year-on-year ever since.

In 2013, when Dacia launched in the UK, the range was made up of the second-generation Sandero and the first-generation Duster, quickly followed by the Logan MCV.

The firm’s best seller is the off-road Sandero Stepway, which makes up around 60 per cent of all Sandero sales.

The other most popular models in the Sandero range are the top-spec Laureate dCi 90 and the much-loved TCe 90.

Duster and Logan MCV owners have favoured top-spec Laureate models too, with the trim being most popular to date.

The most popular colour since 2013 has been Glacier White closely followed by Metallic Pearl Black and Slate Grey.

The 200,000th Dacia was a Sandero Stepway Prestige TCe 100 Bi-Fuel, finished in an eye-catching Iron Blue.

The vehicle was purchased by Christopher Simpson, a first time Dacia owner, from Brayleys Dacia in Milton Keynes.

He said: ‘I’ve been so excited to collect my new car, especially as it’s the latest model in the range, but to know it’s the 200,000th Dacia sold in the UK makes it even more special.

‘It’s my first Dacia and the fact we could get everything we wanted at an affordable price – and new – was perfect.

Jack Bramston, sales manager at Brayleys Dacia added: ‘We’re delighted that Christopher is collecting his new Sandero Stepway from us, like any sale, but even more so as the 200,000th Dacia sold in the UK.

‘We’ve been selling Dacias at Brayleys since 2014 and it’s been incredible to be on the brand’s journey of success in the UK.

‘We wish Chris many happy miles in his new Sandero.’

The registration of the 200,000th Dacia in the UK comes at an exciting time for Dacia, with the current range the most advanced to date.

They sit in the range alongside the ever-popular Duster SUV which Dacia describe as ‘the ultimate all-rounder’.

‘We’ve been keeping up the momentum, all while continuing to provide UK customers with the most affordable cars on the market. We’re thrilled that our customers – both new and existing – trust Dacia in providing unrivalled value for money, practicality and low running costs.’