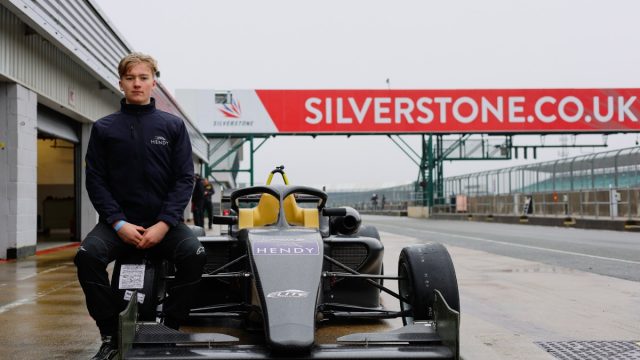 South coast dealer group Hendy has renewed a sponsorship deal with a local racing driver with aspirations of reaching Formula 1.

The firm has renewed its deal with 18-year-old Dorset racer as he steps up into the highly competitive GB3 Championship.

The teen was previously Ginetta Junior Champion and has been racing in the F4 British Championship, where he has recorded several wins.

This year he is back in the Elite Motorsport team which saw him take the Ginetta Junior victory.

Paul Hendy, chief executive of the group, said:  ‘James is becoming an extremely mature and accomplished driver and early season testing has seen him quickly get to grips with the new GB3 car and post some of the fastest times.

‘He lives in the heart of the community in which Hendy operates and we will be following him every step of the way this season.

‘GB3 is a great stepping stone to Formula 1 and we hope that James will be the next British driver to take his place on the Grand Prix grid.’

The driver himself was grateful to extend his deal with Hendy and thanked the firm for its support.

He said: ‘Hendy has been a tremendous supporter of my driving in the last few years and I’m proud to showcase the Hendy brand on my car both at home and abroad for races.’

‘This kind of support means I can really focus on my driving and I’m now looking forward to getting back behind the wheel when the season starts.’